BJP insiders say that the posturing will be that of a "decisive government". Abrogation of Article 370, Article 35 A and the bifurcation of Jammu and Kashmir will feature prominently as the government`s biggest achievements in the first 100 days. 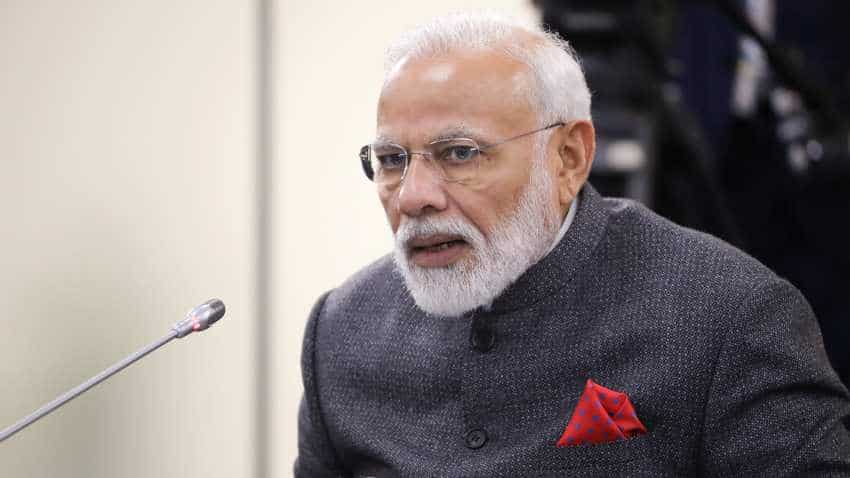 The Prime Minister will be in Mathura in Uttar Pradesh on Tuesday to launch some welfare schemes. Image source: Reuters

The Narendra Modi government 2.0 will complete its first 100 days in office on Saturday. While grand celebrations are expected on the occasion, the Bharatiya Janata Party (BJP) has decided to flag the achievements of these 100 days in a manner that would not be seen as aggressive but as highlighting achievements of a confident government capable of taking tough decisions -- a "nirnayak sarkar".

BJP insiders say that the posturing will be that of a "decisive government". Abrogation of Article 370, Article 35 A and the bifurcation of Jammu and Kashmir will feature prominently as the government`s biggest achievements in the first 100 days. Axing Article 370 has been a long-standing promise of the BJP in all its successive manifestos.

The Muslim faces of the party will be highlighting the case of the triple talaq law. The focus will be to show how, inspite of not having enough numbers in the Rajya Sabha, the government kept its promise to Muslim women of getting the Triple Talaq Bill passed. The Muslim Women (Protection of Rights on Marriage) Bill, 2019 has made instant triple talaq a crime punishable by a three-year jail term.

Not wanting to be seen as too aggressive, the BJP sources say that the party`s top leadership has given a clear direction to its state leaders and MPs not to erect huge posters and banners. They have been asked, instead, either to go door-to-door or arrange small congregations to list the specific achievements of the Modi government.

Sources also said a Union Minister will address a mega press conference at the BJP headquarters here on September 8, despite it being a Sunday. If the buzz is to be believed, Information Minister Prakash Javadekar has been entrusted with the job to put out the government`s achievements of the first 100 days.

Modi will be in Maharashtra on Saturday where he will sound the poll bugle for his party by launching seven major projects. He will be travelling to Mumbai, Nagpur and Aurangabad on the same day.

The Prime Minister will be in Mathura in Uttar Pradesh on Tuesday to launch some welfare schemes.

According to sources here, the BJP is likely to hold press conferences from Monday onwards in all the state capitals. They are scheduled to be addressed by the state leadership rather than leaders from Delhi.

With Modi`s birthday falling on September 17, the BJP has decided that the entire week leading up to Prime Minister`s birthday will be observed as "Seva Saptah". All 303 BJP MPs have been asked to spell out what they could do in their respective constituencies to contribute to the "Seva Saptah".