Just two days away from inauguration, the new Pink Line section`s Karkardooma station, at a height of 21 metres above the ground, will be the second highest Metro station on the entire network. 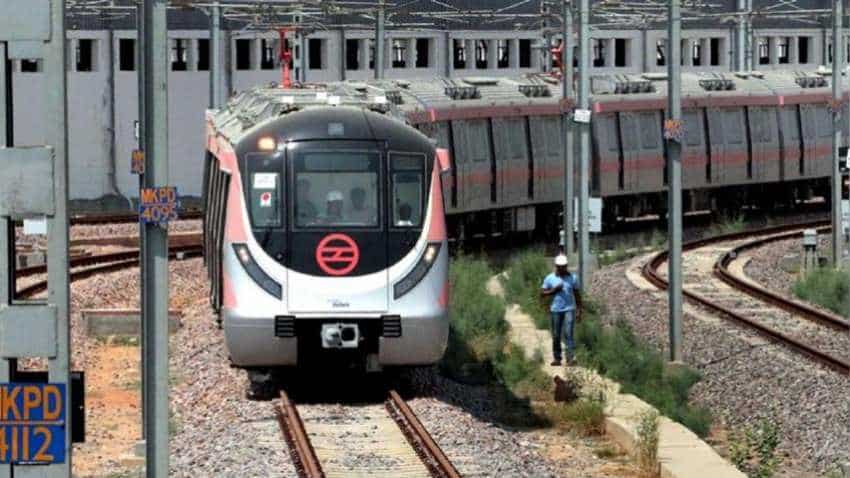 The Pink Line will be above 10 meters from the existing Blue Line. Image source: Reuters
Written By: IANS
RELATED NEWS

The Delhi Metro Rail Corporation said that constructing the segment that high was "never an easy task", yet it achieved it without disturbing the existing operations at Blue Line (Vaishali/Anand Vihar-Dwarka), which it crosses.

"Construction of crossing over of Metro viaduct at the existing Karkardooma Metro station was never an easy task for the metro engineers. It posed numerous challenges to the engineers throughout the project, as this is one of the highest crossings of the metro project," the corporation said.

The Pink Line will be above 10 meters from the existing Blue Line, it said.

The DMRC also cited a high number of `sharp curves` it had to face while constructing this section of the line, forcing it to construct as many as 10 such curves along the section because of "twists and turns". A few of these curves were constructed in congested areas like I.P. Extension, Anand Vihar, Welcome, Seelampur, Jaffrabad and Maujpur.

After this stretch, only the section connecting Lajpat Nagar-Mayur Vihar Pocket 1, remains to be opened on the Pink Line. The DMRC had earlier said that this section will be opened by December.

Once operational, the entire 59-km Pink Line will connect Shiv Vihar in east Delhi to Majlis Park in north.

The stretch connecting Majlis park to Lajpat Nagar in south Delhi was opened earlier in the year in two phases.