As per the statement, the EPCs, FIEO and Commodity Boards gave their feedback on the various initiatives being taken by the ministry to ease lending and credit availability to exporters. 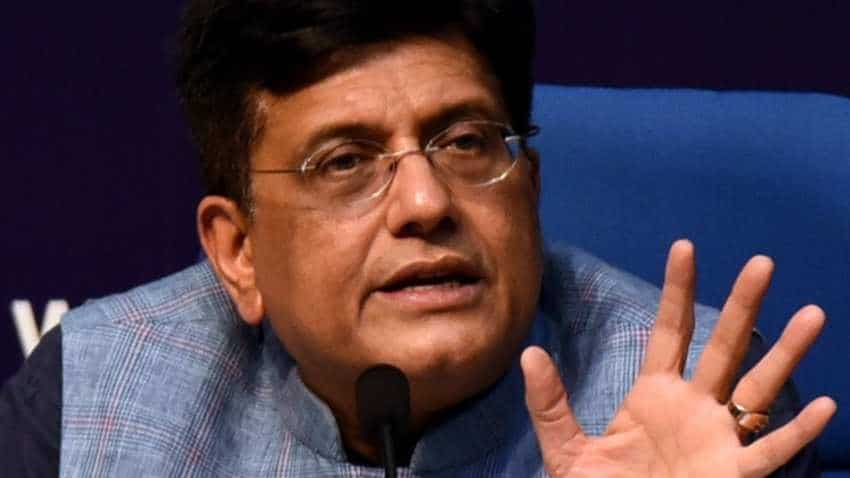 Goyal urged exporters to make use of the NIRVIK scheme that is expected to soon be approved by the Cabinet. Photo from IANS.
Written By: Prashant Singh

In a major push to boost exports, Commerce & Industry Minister Piyush Goyal held a mega meet on Friday with all Export Promotion Councils (EPCs), Federation of Indian Export Organisation (FIEO) and Commodity Boards to discuss ways to boost exports. Thirty-seven EPCs, the FIEO and three Commodity Boards under the Department of Commerce attended the meeting to discuss issues being faced by them, as per a report in IANS.

"In a marathon five-hour meeting held yesterday (Thursday) in New Delhi, Piyush Goyal reviewed and sought inputs from EPCs for the Foreign Trade Policy and get their views on steps that may be taken to boost India's exports," the ministry said in a statement on Friday. "Pre-budget inputs from EPCs were also taken so that they may be sent to the Finance Ministry."

As per the statement, the EPCs, FIEO and Commodity Boards gave their feedback on the various initiatives being taken by the ministry to ease lending and credit availability to exporters.

"The problem of exporters identified as 'risky exporters' by CBIC was taken up and Commerce and Industry Minister directed that a nodal officer be appointed in the office of Directorate General of Foreign Trade (DGFT)," the statement said. "... He urged the councils to send a list of those identified as risky exporters to the nodal officer in DGFT so that this issue may be taken up with the Finance Ministry." Furthermore, Goyal suggested that rationalisation of EPCs "must be taken up in order to avoid duplication of work".

According to the minister, large exporters may continue to be part of FIEO, while smaller councils may merge with bigger EPCs that deal with the products of similar nature.

Besides, Goyal urged exporters to make use of the NIRVIK scheme that is expected to soon be approved by the Cabinet.

The scheme envisages easy access to lending and enhanced loan availability that will cover 90 per cent of the principal interest and will also include both pre and post shipment credit.

Additionally, the minister assured EPCs that specific issues and problems being faced some of them in sectors such as "Telecom, Forest Produce and Shellac Export Promotion Council, Sports Goods EPC and CAPEXIL" will be taken up with other line Ministries, so that these issues may be sorted out soon.