Maharashtra Board Exam 2018 paper leaks: Board cracks down against wrongdoers, but is it enough?

Maharashtra Board Exam Results 2018: Dummy appearance on behalf of the real candidate no longer remains a major threat. In the past 20 years, with growing access to cellphones and social networking sites like WhatsApp and Instagram, the pattern of leaks have changed; these have now become the medium through which leaked papers are accessed and circulated among students 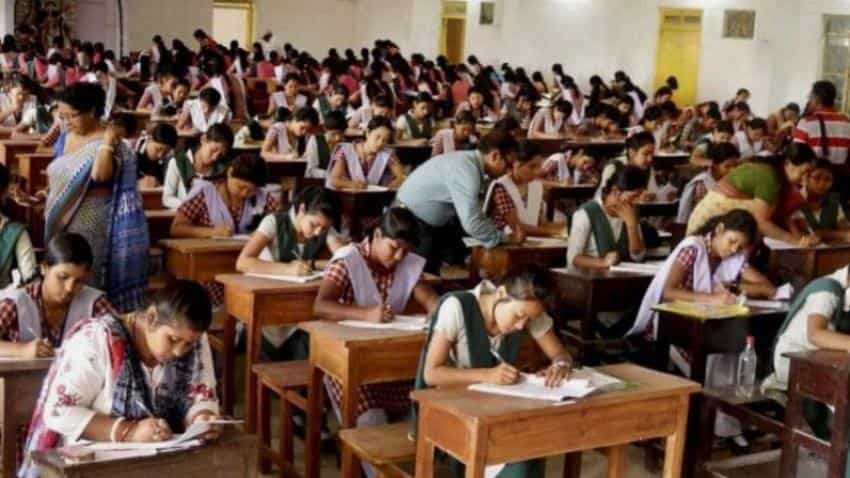 Maharashtra Board Exam Results 2018: Every time state board question papers are leaked, coaching classes and private tutors have been found to be involved in it. Image source: PTI

Maharashtra Board Exam Results 2018: In the past four consecutive years, papers of the Maharashtra State Board of Secondary and Higher Secondary Education have been leaked. DNA tries to find out the reasons behind the leak and the measures that are being taken to curb its incidence. Series of paper leaks in the state board:

On March 10, 2015, Maharashtra State Board’s HSC examination paper of Book-Keeping and Accountancy was leaked; this was the first time. The same paper was leaked again on March 4, 2016. On 2017, the number of papers leaked increased manifold. Mathematics and Statistics, Secretarial Practice, Physics, and Marathi question papers are the ones that were leaked in 2017. In 2018, no HSC paper was leaked, but two SSC question papers were circulated widely on social networking sites. The papers leaked were Geography, Science, History, and Political Science (Part-I) and Information Communication Technology — a graded subject. This was however not the first case of an SSC paper leak. In 2014, a 16-year-old boy was arrested from YB Chavan School in Kandivali for copying and possessing the SSC Algebra question paper.

Malpractices before and after:

Dummy appearance on behalf of the real candidate no longer remains a major threat. In the past 20 years, with growing access to cellphones and social networking sites like WhatsApp and Instagram, the pattern of leaks have changed; these have now become the medium through which leaked papers are accessed and circulated among students.

To deal with the dummy candidate menace, the state board began scanning pictures of candidates appearing for board exams on the hall ticket itself. Earlier, school authorities would paste the pictures.

From 2015, after HSC question papers were leaked for three consecutive years, the board felt the need to introduce stringent rules for students appearing for their boards in 2018. Academicians had blamed the board for allowing candidates to reach the exam centre half an hour late, permitting the staff handling board exam work in schools to use cellphones, which could be one of the reasons behind the paper leaks. So, this year, the state board not only restricted students from coming to examination centres late, but also went to the extent of denying them permission to write their exams.

Apart from restricting students from coming late for exams, the state board also introduced another rule in to curb paper leaks. This time, the sealed sets of 25 question paper packets were opened in front of the students in the classrooms, instead of opening it in the principal’s cabin and then distributing them.

However, this rule was implemented only for HSC exams after three consecutive years of paper leak. This year, however, many SSC papers were circulated via WhatsApp and Instagram, through teachers involved with board exams and coaching centres.

Experts believe this could have been avoided had the board introduced the opening of sealed question papers for SSC exams, too.

Priyanka Rajani, principal of Vidyanidhi High School and Junior College, Vile Parle, said, “Opening the question papers in the classrooms were quite convenient. The new rule prevented HSC papers from leaking. This should have been implemented for SSC exams, too. Also, during exams, mobile phones should not be allowed for even the staff. In our institution, we collected the mobile phones of all staff involved with the board exams, including mine, and kept it in a locker. When landline phones are available, why should mobiles be allowed.”

Raj Aloni, principal of Ramsheth Thakur Public School, who was earlier the principal of an SSC board school, said, “Look at the way the candidates appearing for medical exams are frisked. From students’ shoes to hair, every thing is frisked. We are even asked to check the ears of the students by flashing torch lights just to confirm there are no chits hidden. Even pens are provided by the board. Such strict frisking must also be done for students appearing for state board exams. Also, the state board can start keeping two invigilators per classroom, instead of one.”

Shakuntala Kale, chairperson of MHBSHSE, Pune, said, “The rule of opening 25 sets of sealed question paper packets was implemented on a pilot project basis. Now that it has proved fruitful, next year we may introduce this in SSC board exams, too.”

Every time state board question papers are leaked, coaching classes and private tutors have been found to be involved in it.

It has been noticed that many schools and junior college teachers are associated with coaching classes or private tuitions; and many a times, they have been found guilty of involvement in board paper leak cases. This has given rise to a question: is there a direct link between the increasing number of coaching classes and board paper leaks? Uday Nare, teacher, Hansraj Public School also finds some truth in the conjecture and believes this practice needs to stop.”

Sachin Karnavat, State President of Maharashtra Class Owners Association, said, “Unless school authorities are involved there’s no way the papers can reach tutorial owners. If school teachers are running these classes, the deputy director of education must stop this practice.”

Karnavat added, “One cannot always victimise private class owners. In the past two years, we have alerted the government on leaked papers twice. We were the whistle blowers for the past two years on at least five occasions. We suggested various measures to the Education Minister to reduce paper leakage, too. The board failed to conduct proper background checks. Tutorials can’t be blamed for everything. We are supplementing and complementing schools and colleges where they are not up to the mark.”