Lower food prices have a flip side, reforms a must, report finds 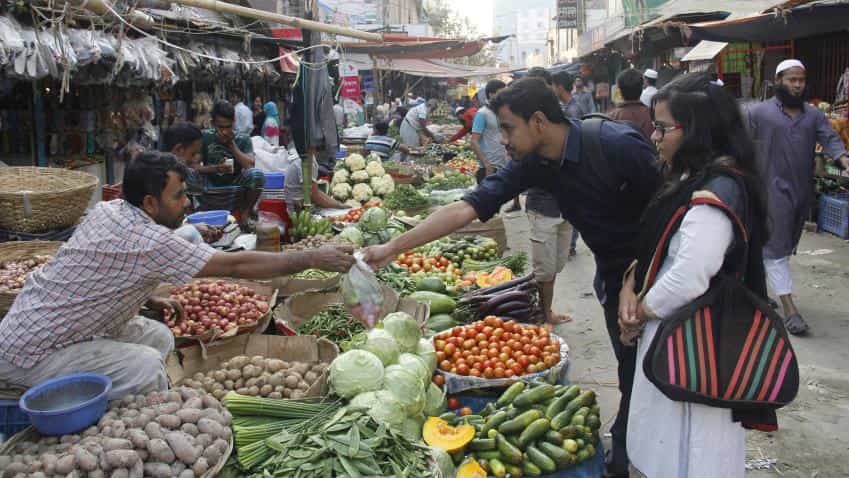 Most inflation risks are now on the downside and any "rush towards the 4 % inflation target will put further pressure on keeping a vigil on food prices." Representational image of a young couple buying vegetables in Bangladesh. Image Source: IANS
Written By: PTI
RELATED NEWS

The forecast of normal monsoon this year is good news for food inflation, but low prices have their own "dangers" in the form of rural distress without agricultural reforms, says a report.

According to SBI's research report Ecowrap, most inflation risks are now on the downside and any "rush towards the 4 % inflation target will put further pressure on keeping a vigil on food prices."

According to an analysis, food prices are now lower than the average of the last three years.

"The interesting part is even if we compare the October 2016 food prices with the 3-year average, the prices have barely moved," stated the report authored by Soumya Kanti Ghosh, Group Chief Economic

Advisor, SBI. "This is all the more relevant, given the agitations for farm loan waivers in different parts of the country as signs of rural distress, a flip side of the crash in food inflation over the last several months."

It further said this also shows the dangers of targeting food inflation consistently at very low levels as a part of the overall mandate for inflation targeting without adequate agricultural reforms.

According to SBI Research, the CPI inflation, at 2.99 % in April this year, is going to undershoot 2.5 % mark in May. Moreover, the prediction of a normal monsoon will ensure low inflation will persist in the second half of the year, too.

The normal and evenly spatial monsoon prediction boosts chances of a bumper harvest of cereals, pulses and vegetables .

RBI, at its policy review meet on June 7, projected headline inflation at 2-3.5 % in the first half the current fiscal, down from a forecast of 4.5 % in April.