Looking for job? Hiring set to soar in these sectors 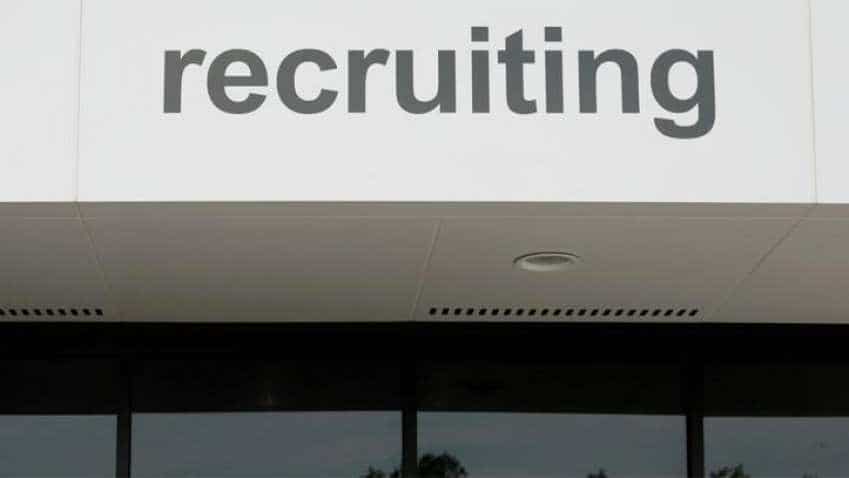 The maximum talent crunch is expected to be in the experience band of 3-5 years. Reuters

About 84 per cent of recruiters surveyed are anticipating an increased hiring activities in the coming six months both new job creation and replacement hiring categories, according to a survey. This hiring trend will mainly be driven by industries including IT, BFSI (banking, financial services, insurance) and BPO, according to 'Naukri Hiring Outlook 2019', a bi-annual survey.

The survey saw participation from 3,310 recruiters across the country.

"The survey highlights positive hiring sentiment among the recruiter community with both replacement hiring and new jobs creation taking place simultaneously in the first half of the year. Key industries have continued to show growth. The momentum gained for recruitment is likely to continue into the new year," InfoEdge India chief marketing officer Sumeet Singh said.

Almost half of the recruiters who were surveyed said the hiring activities will be highest in sales and marketing followed by IT-Software functional areas.

Besides these, one-fourth of the recruiters have stated that hiring will also be high in operations, human resource and accounts domains.

Maximum hiring could be in the experience band of 3-5 years followed by 1-3 years, the survey said.

The survey revealed that a dip in layoffs with only one per cent of the total recruiters anticipating retrenchment.

However, 50 per cent of the recruiters surveyed maintained attrition between 5-15 per cent, mostly in the entry level band of 1-3 years.

Recruiters expect functional areas such as - sales and marketing and IT Software to have higher rate of attrition, it added.

There is optimism in terms of job creation, however there also exists some concern among the recruiter community about the availability of the right talent, it said.

About 42 per cent recruiters predicted that the issue of talent crunch could intensify in the next six months.

While 31 per cent said the although talent crunch will continue, the intensity would be the same as the last six months.

The maximum talent crunch is expected to be in the experience band of 3-5 years, it added.

West Bengal Primary Teachers Recruitment News: What is being demanded