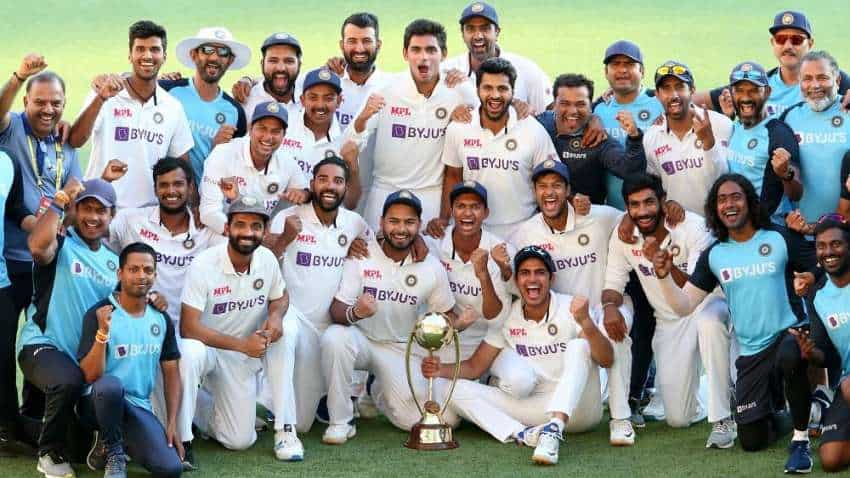 It took 32 years and two months, but the unthinkable was achieved as an injury-ravaged young Indian team beat Australia by three wickets against all odds in the final Test to take the series 2-1.

"Congrats to the Indian cricket team @BCCI. That`s one of the best series wins I can ever remember on Aust soil & to do it after being bowled out for 36, plus a depleted squad-shows tremendous character, resilience, courage & belief. Just fantastic @RaviShastriOfc @ajinkyarahane88," tweeted Warne.

"Long live test cricket ! No global sport gives you what we just witnessed over the last 2 months. Absolutely love test cricket. As for Aust-no disgrace in being beaten by a better side-but I`m sure there will be a huge debrief analysing strategy and tactics from the entire series," he wrote in another tweet.

Former India batsman Virender Sehwag also took to Twitter to praise the Indian line-up and he went on to praise wicket-keeper batsman Rishabh Pant in his own quirky manner.

"India had many players injured, but what has been injured more has been the Australian arrogance & pride. The test series has been like a movie with every member of Indian Team being a hero & some of them Superheroes. Spiderman Spiderman, tune churaya dil ka chain @RishabhPant17," tweeted Sehwag.

Virat Kohli had also returned home after the first Test as he along with wife Anushka Sharma were expecting the birth of their first child. Kohli announced that they have been blessed with a baby girl on the very day when the Indian team played out of its skin to draw the third Test at the Sydney Cricket Ground.

In the first Test against Australia, India was bundled out for 36 and there were many pundits who said the visiting team will face a 4-0 drubbing. But proving every critic wrong, the Ajinkya Rahane-led side registered famous victories at Melbourne and Brisbane. The side also recorded a famous draw at Sydney and at every step of the way, this line-up overcame adversity.

The last time a visiting team came out triumphant from the Brisbane Cricket Ground was back in November 1988 when the mighty West Indian outfit under the leadership of Viv Richards thrashed Allan Border`s team by 9 wickets. What makes the feat even more commendable is how the Indians fought multiple injuries and mental fatigue - due to the bio-bubble restrictions -- to register a historic win.