Voting began Monday for the fifth phase of Lok Sabha election in 51 constituencies spread across seven states with many political bigwigs being in the fray. 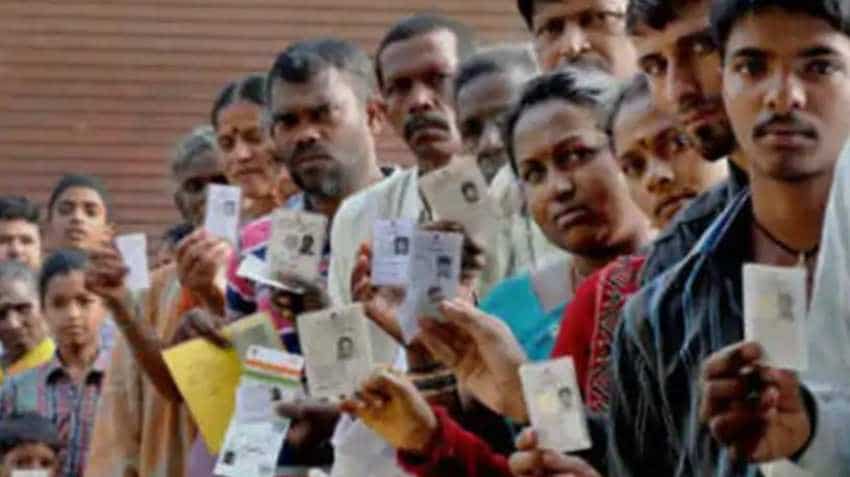 Lok Sabha elections 2019: About 8.75 crore people will decide the fate of 674 candidates in the fifth of the seven-phase elections. Image source: PTI

Voting began Monday for the fifth phase of Lok Sabha election in 51 constituencies spread across seven states with many political bigwigs being in the fray. About 8.75 crore people will decide the fate of 674 candidates in the fifth of the seven-phase elections. The Election Commission has set up 94,000 polling stations/booths and made elaborate security arrangements.

Polling will be held in 14 seats in Uttar Pradesh, 12 in Rajasthan, seven seats each in West Bengal and Madhya Pradesh, five in Bihar and four in Jharkhand. In Jammu and Kashmir, polling will take place in Ladakh constituency and Pulwama and Shopian districts of Anantnag seat.

The stakes are high for the ruling BJP and its allies as it had swept 40 of these seats in 2014, leaving just two for the Congress and the rest for other opposition parties such as the Trinamool Congress (seven). With this phase, election will be over in 424 seats and polling in the remaining 118 seats will be held on May 12 and 19.

The fifth phase of polling in 14 Lok Sabha seats in Uttar Pradesh will see bigwigs like Union ministers Rajnath Singh and Smriti Irani in fray. The BJP had bagged 12 of these seats in 2014. The Bahujan Samaj Party (BSP) is contesting on five seats, while its ally Samajwadi Party (SP) is fighting on seven seats.

In Amethi and Rae Bareli, the SP-BSP alliance has not put up any candidate, leaving the two constituencies for the Congress. Union Home Minister Rajnath Singh is seeking re-election from Lucknow, while his colleague at the Centre Smriti Irani is again taking on Rahul Gandhi in Amethi.

Union ministers and BJP leaders Rajyawardhan Rathore (Jaipur Rural-Rajasthan), Arjun Ram Meghwal (Bikaner-Rajasthan) and Jayant Sinha (Hazaribagh-Jharkhand) are also in the fray in this phase. Election to 542 Lok Sabha seats is being conducted in seven phases between April 11 and May 19. Election in Vellore constituency in Tamil Nadu has been cancelled following excess use of money power. Results will be declared on May 23.