The seats going to the polls are Ratnagiri-Sindhudurg, Raigad, Thane and Palghar - all of whom touch the Arabian Sea. 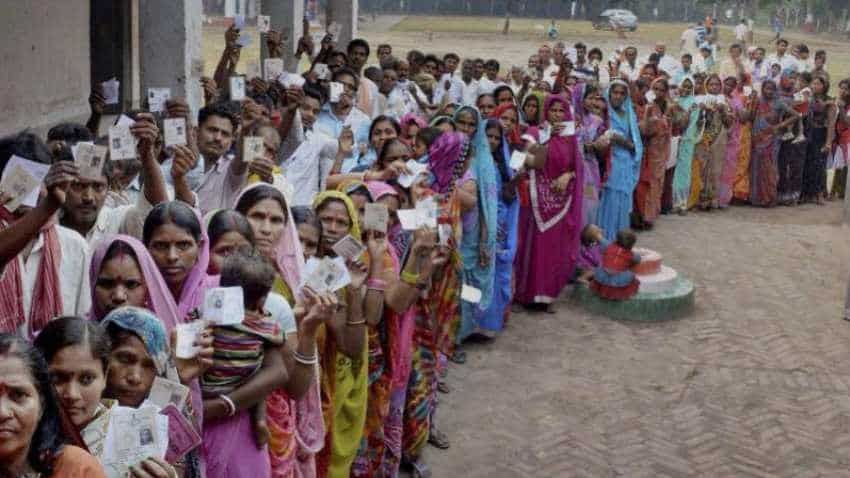 A keen tussle is on for four Lok Sabha seats in the lush green coastal Konkan region of Maharashtra, known for its proximity to the country`s commercial capital, besides giving seven Bharat Ratnas to the country since Independence, and the world-famous Alphonso mangoes.

The seats going to the polls are Ratnagiri-Sindhudurg, Raigad, Thane and Palghar - all of whom touch the Arabian Sea. Three are held by the Shiv Sena and one (Palghar) by ally Bharatiya Janata Party.

(Mumbai, with its 6 seats, is geographically a part of Konkan, but is counted separately since it`s the state capital.)

Until recently, Konkan survived on a `Money Order Economy` of young people living and earning in Mumbai and sending postal orders to their parents or families back home, and the mutually-beneficial tradition continues even now.

The Sena, with its long-established influence among the Konkani voters, managed to stall two mega-projects proposed by the centre - the Jaitapur Nuclear Plant Project with French collaboration and the Saudi Arabian Aramco-led Nanar oil and petrochemicals project, both in the ecosensitive Ratnagiri region.

Originally, the two districts of Sindhudurg and Ratnagiri were under the grip of former Shiv Sena Chief Minister Narayan Rane and his sons, and continued even after he left the party to join the Congress in 2005.

While son Nilesh Rane was elected to the Lok Sabha in 2009 on a Congress ticket defeating Sena strongman and union minister Suresh Prabhu, the Sena wrested it back in 2014 during the Modi wave when its nominee, Vinayak Raut, won.

After the Congress spurned Narayan Rane for the post of Chief Minister, he quit the party in September 2017, threw his lot in with the ruling NDA and was made a Rajya Sabha MP.

However, as his arch-enemy Sena continued to resist his full-fledged entry to the NDA, he launched his Maharashtra Swabhiman Party (MSP) which is now contesting the elections independently.

This time, Nilesh Rane will lock horns with Raut and the Congress` Navinchandra Bandivadekar, the latter being embroiled in a controversy for his alleged links with the right-wing Sanatan Sanstha.

Geete had earned the tag of giant-killer when he defeated the late Congress heavyweight, A.R. Antulay, a former union minister and former Maharashtra Chief minister, in 2009.

The Sena got a pre-poll booster when Naved Antulay, (Antulay`s son), joined the party and will work for Geete, but Tatkare boasts of the backing of the 56-party Mahagathbandhan.

In Thane, again a Sena bastion, its sitting MP Rajan Vichare is contesting against the NCP`s Anand P. Paranjpe, who is the son of former four-time Sena MP, the late Prakash Paranjpe.

Though elected in a bypoll in 2008 on a Sena ticket, Paranjpe lost to the NCP`s Sanjeev G. Naik.

The adjoining Palghar seat, which virtually threatened to again split the BJP-Sena alliance this time, will now be contested by a former BJP MP, Rajendra Gavit, who has joined the Sena in a `swap`.

In 2009, Baliram Jadhav of the Bahujan Vikas Aghadi had won the seat, defeating the BJP`s Chintaman Vanaga, who wrested it from him during the 2014 `Modi wave`.

Following his sudden death in 2018, his son Shrinivas Vanaga contested as a Sena candidate but lost to BJP`s Gavit by around 30,000 votes.

Though Shrinivas Vanaga was a contender this time, following the alliance between the two saffron parties, he stepped aside in favour of Gavit and will now be accommodated in the Maharashtra legislature later this year.

Besides these modern-day political warriors, it was in Konkan where the legendary Maratha hero, Chhatrapati Shivaji Maharaj, laid the foundation of his `Hindavi Swaraj` from the imposing Raigad Fort.