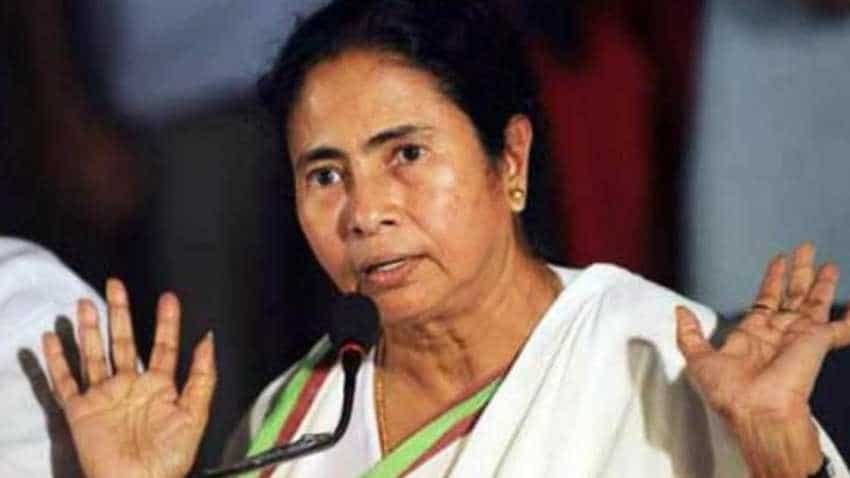 Lok Sabha Election results 2019: West Bengal seems to be headed for a saffron surge, with the BJP leading in 19 seats and the ruling All India Trinamool Congress (AITC) ahead in 22 out of 42 Lok Sabha constituencies in the state. The Congress is leading in one Lok Sabha seat, while the Left is yet to take a lead in any of the constituencies. In the outgoing 16th Lok Sabha, the TMC has 34 seats in West Bengal, whereas the BJP has only two. The Congress and the CPI(M)-led Left Front have four and two seats respectively.

Congratulating the winners, West Bengal Chief Minister and Trinamool Congress supremo Mamata Banerjee called for a complete review of the results. "Congratulations to the winners. But all losers are not losers. We have to do a complete review and then we will share our views with you all. Let the counting process be completed fully and the VVPATs match," she tweeted.

As per the current EC trends, the TMC has so far secured 44.61 per cent votes, closely followed by the BJP, which has bagged 39.03 per cent votes. The CPI(M) and the Congress have garnered a meagre 6.66 per cent and 5.44 per cent share of the pie respectively.

Abhishek Banerjee, nephew of TMC supremo Mamata Banerjee, is leading by 148834 votes in Diamond Harbour constituency. He is the sitting MP from the seat. In Darjeeling Lok Sabha seat, BJP candidate Raju Bista is leading by 175535 votes against Amar Singh Rai of the TMC.

In Kolkata North constituency, two-time TMC MP from the seat, Sudip Bandopadhyay, is leading by 22034 votes against Rahul Sinha of the BJP. In Jangipur Lok Sabha seat, Khalilur Rahman of the TMC is leading by 113845 votes against BJP's Mafuja Khatun. Former president Pranab Mukherjee's son Abhijit, who had won the seat by a narrow margin of 8,161 votes in the 2014 general elections, is now trailing the third position.

In the prestigious Kolkata South seat, TMC's Mala Roy is leading by a margin of over four lakh votes against BJP's Chandra Kumar Bose, grandnephew of Netaji Subhas Chandra Bose. In Hooghly Lok Sabha seat, BJP's Locket Chatterjee is leading by 65,727 votes against Ratna De Nag of the AITC.

Sougata Roy of the TMC is leading by 27311 votes against Samik Bhattacharya of BJP in Dum Dum Lok Sabha seat. Nishith Pramanik of the BJP is trailing behind TMC's Paresh Chandra Adhikary by 31478 votes in Coochbehar.

Bengal Panchayat Minister Subrata Mukherjee is trailing behind Subhas Sarkar of the BJP by 24561 votes in Bankura.

In Baharampur, Adhir Ranjan Chowdhury of the Congress is leading by 34415 votes against Apurba Sarkar of the TMC.

In Alipurduar seat in North Bengal, John Barla of the BJP is leading by 94280 votes against TMC's Dasrath Tirkey.

In Barasat Lok Sabha seat, Kakoli Ghoshdastidar of the TMC is leading by a margin of 69446 votes against Mrinal Kanti Debnath of the BJP.

In Arambagh constituency, Aparupa Poddar of the TMC is ahead of her rival Tapan Kumar Ray of the BJP by 11862 votes. In Uluberia seat, Sajda Ahmed of the TMC is leading by 146214 votes against Joy Banerjee of the BJP.

In Jadavpur seat, AITC candidate and actor Mimi Chakraborty is leading by 127129 votes against Anupam Hazra of the saffron party.

The saffron party, it seems, is cutting a swathe in TMC turf of Bengal, where Prime Minister Narendra Modi has addressed 17 poll rallies, with focus on the issues of NRC and the Citizenship bill.

The party is seen making substantial gains in areas close to the India-Bangladesh border, which have a substantial minority population. In Jangalmahal area too, the BJP can be seen marching ahead of its rivals.

With trends favouring BJP at the Centre as well as in Bengal, the saffron party workers and supporters have burst into celebrations outside its state headquarters here and elsewhere in the districts.

West Bengal Lockdown News Today: Lockdown EXTENDED till July 15, check what is ALLOWED vs what is RESTRICTED- full list here