The Opposition in Bihar on Tuesday had alleged that attempts were being made to manipulate Lok Sabha poll results in favour of the ruling NDA, and warned that "blood may spill on the streets". 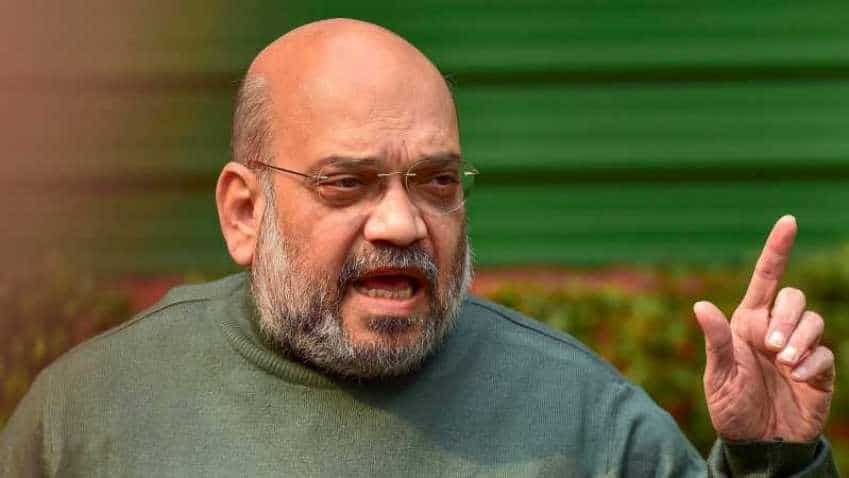 If they do not trust EVMs, then why did they form government?," Shah asked. Photo: PTI

BJP president Amit Shah Wednesday accused the Opposition of "disrespecting" people's mandate by raising doubts on electronic voting machines and said it is "tarnishing" Indian democracy as it is rattled by its "likely defeat" in Lok Sabha elections. Slamming opposition parties, he said in tweets that they started protesting against EVMs only after sixth phase of polling and intensified it after exit polls, which have predicted a comfortable victory for the BJP-led National Democratic Alliance. "How can you question EVMs credibility on the basis of exit polls," he asked.

He also termed as unconstitutional the demand of 22 opposition parties that the Election Commission change its counting protocol and count five random VVPATs first, saying any decision in this regard is not possible without an all-party consensus. The EC has rejected the Opposition's demand. Counting of votes will take place on Thursday. Referring to statements of some Opposition leaders like Upendra Kushwaha that people can take up arms and resort to violence, he said such comments have no place in democracy and asked who is challenging democracy.

The Opposition in Bihar on Tuesday had alleged that attempts were being made to manipulate Lok Sabha poll results in favour of the ruling NDA, and warned that "blood may spill on the streets". "Opposition to EVM amounts to disrespecting people's mandate. Rattled by their probable defeat, these 22 parties are tarnishing the country and its democracy in the world by raising questions on the democratic process. Their demands have no rationale and are driven by selfish interests," Shah said, adding that he wanted to ask them some questions.

Most of these opposition parties, such as the Congress, SP, BSM, Trinamool Congress, NCP, AAP, Telugu Desam Party, the Left and RJD among others, have won elections held through EVMs at some point of time, he said. "Should it be presumed that when the opposition wins, then it emerges victorious in elections but when it loses it does so due to EVMs? If they do not trust EVMs, then why did they form government?," Shah asked.

He said the Supreme Court has given final shape to electoral process by hearing three PILs and asked if the opposition is raising questions on the apex court. The Election Commission had earlier thrown an open challenge to anyone to show that EVMs can be tampered with but no opposition party took it up, he said.