Lok Sabha election 2019: Nitin Gadkari criticises NYAY, asks where will Congress get money for it 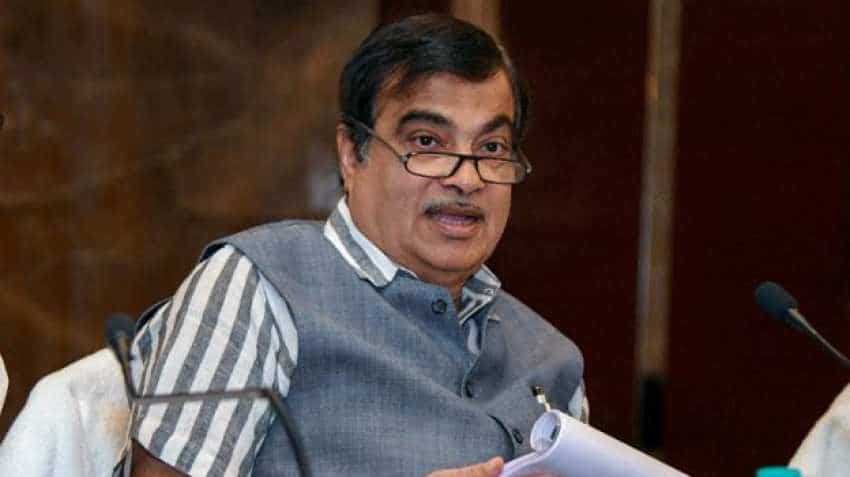 Union minister and senior BJP leader Nitin Gadkari has hit out at Congress president Rahul Gandhi, saying he is levelling corruption allegations against Prime Minister Narendra Modi for political gains, and asserted that Modi should be respected for the position he holds. In an interview to PTI here ahead of the Lok Sabha polls, he also slammed Gandhi's proposed minimum income scheme to give Rs 72,000 per year to 20 per cent of the poor in the country, dubbing it a "populist slogan" and a "political strategy" to seek votes from the poor.

Dismissing the opposition's charge that the BJP sidelined veteran leaders like L K Advani and Murli Manohar Joshi, he said the party held them in high regard and drew guidance and inspiration from them. He said any views of Advani were the words of the BJP and that "misquoting" him, by saying the saffron party terms the opposition as anti-national, was not correct.

Criticising Gandhi's 'Nyunatam Aay Yojana' (Nyay), he said Rs 3,50,000 crore are required to implement it. "Where will they get the money from? And, if they are using this money, how will they make budgetary provisions for other sectors like agriculture?" Gadkari said.

He said the need of the hour was to create good policies for better employment potential and increase in growth rate and per capita income. "However, if populist slogans are made for political purpose, they may affect the economy. The credibility of Congress is not good," he said.

Gadkari said since 1947, the Congress has been raising the slogan of 'garibi hatao' (remove poverty). "Then the 40-point programme, the 20-point programme, the 5-point programme, but nothing worked. This is only a political strategy and a political declaration to take votes from the poor," the road, transport and highways minister said. Asked about the opposition's criticism that the BJP was sidelining its senior leaders like Advani and Murli Manohar Joshi, the minister they were the party's motivation. "In every party, by law of nature, after some age, everyone has to retire. We have respect, regard and recognition for Advaniji and Joshiji. They are still our guide, philosopher, inspiration and motivation," he said.

"Everywhere - in media, corporates, film industry - there is an age limit for everybody, on the basis of that the party has taken a decision," he added. Advani in a blog post last week said his party has never regarded those who disagreed with it politically as "anti-nationals" or "enemies" but only as adversaries. Speaking about Advani's blog, Gadkari said the party holds the same view about anything spoken or written by him. "We are all with Advaniji over the blog written by him. Even Modiji is with him. However, using some statement and misquoting him that we term the opposition parties as anti-national is totally wrong," he said.

However, like there is a cycle in every business, the present agricultural crisis is a big issue but the government is trying to create more employment by creating irrigation facilities, agro-processing industries and diversification of agriculture towards energy and power sector and making plastic from ethanol, he said. "These are the new innovations and research taken by our government which will create new jobs. Ultimately there is a cycle everywhere in the world. Some industries are in a good position, some bad," he noted.

"Today, real estate is facing a problem. The steel industry was in the past facing problems, but now is in a good position because we erased duty on import of steel," he said. Strong policies have been put in place to generate employment, he said, adding that though it may take time, there will be strong positive results.