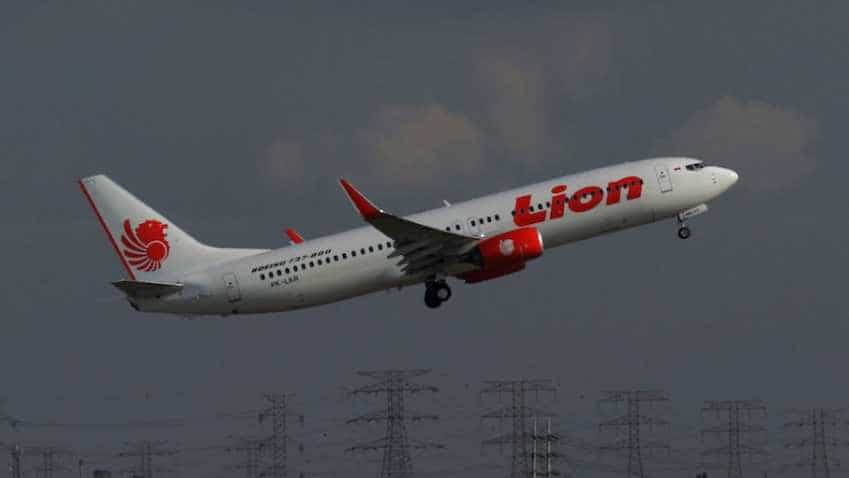 The passenger plane crashed into the Java Sea on Monday shortly after take-off. Authorities say they have found no survivor. Representational Image, source: Reuters
Written By: IANS
RELATED NEWS

The death of Bhavye Suneja, the pilot of the Indonesian Lion Air Boeing plane that crashed on Monday killing 189 passengers on board, is hard to sink in for his family living in east Delhi`s Mayur Vihar.

Suneja spent his childhood in Mayur Vihar and studied at Ahlcon Public School in the same area. He lived with his wife in Jakarta in Indonesia while his parents were in Delhi.

"I wish anyone of you could come with the news of his being alive," said Suneja`s aunt, as she opened the door before disappearing inside the house.

Suneja`s parents left for Jakarta on Monday evening while a few relatives were waiting at their residence.

His uncle told IANS that the family was waiting for him on Diwali holidays, just like every year.

"He grew up in this house... He came for Diwali and the family was very excited... till last morning... It is a difficult time for us and his parents," he says, his eyes brimming with tears.

Suneja`s neighbours say the family of the 31-year-old pilot was very excited about his planned Diwali visit.

"The family is very sociable... but it is a very painful time for them... this should not have happened," said S. Sen, a neighbour of the Sunejas.

The passenger plane crashed into the Java Sea on Monday shortly after take-off. Authorities say they have found no survivor.

According to Suneja`s LinkedIn profile, he received his pilot`s licence from the US-based Bel Air International in 2009.

He was associated with Lion Air as a pilot since March 2011.