Thousands of farmers oppose the refinery and are refusing to surrender land, fearing it could damage a region famed for its Alphonso mangoes, vast cashew plantations and fishing hamlets that boast bountiful catches of seafood. "We earn enough to fulfil our needs and we do not want to surrender our lands for a refinery at any cost," says Sandesh Desai, standing amid his fruit-laden mango orchard in Nanar, a village in Ratnagiri district, some 400 km (250 miles) south of Mumbai. 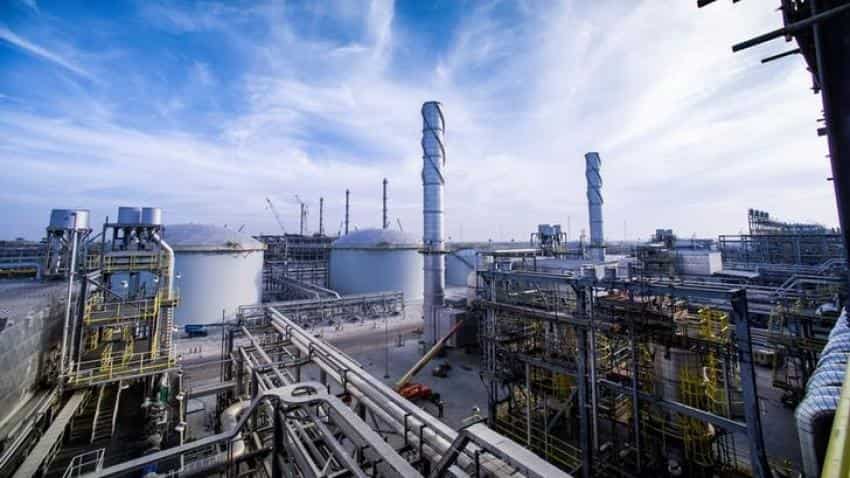 At the International Energy Forum in Delhi in April, the world`s top oil producer Saudi Aramco inked a preliminary deal to partner with a consortium of Indian players to build a $44 billion refinery project on India`s west coast. Image source: Reuters
Written By: Reuters
RELATED NEWS

At the International Energy Forum in Delhi in April, the world`s top oil producer Saudi Aramco inked a preliminary deal to partner with a consortium of Indian players to build a $44 billion refinery and petrochemical project on India`s west coast. The huge project was touted as a gamechanger for both parties - offering India steady fuel supplies and meeting Saudi Arabia`s need to secure regular buyers for its oil. Despite the obvious benefits, though, the prospects for the plan - in the works since 2015 - are growing dimmer by the day.

Thousands of farmers oppose the refinery and are refusing to surrender land, fearing it could damage a region famed for its Alphonso mangoes, vast cashew plantations and fishing hamlets that boast bountiful catches of seafood. "We earn enough to fulfil our needs and we do not want to surrender our lands for a refinery at any cost," says Sandesh Desai, standing amid his fruit-laden mango orchard in Nanar, a village in Ratnagiri district, some 400 km (250 miles) south of Mumbai.

Land acquisition has always been a contentious issue in rural India, where a majority of the population depends on farming for their livelihood. In 2008, for example, India`s Tata Motors had to shelve plans for a car factory in an eastern state after facing widespread protests from farmers.

And while Prime Minister Narendra Modi has tried to ease land acquisition rules to jumpstart delayed projects worth tens of billions of dollars, the government has faced resistance to amending populist laws enacted by his predecessors.

Like Desai, a majority of the farmers from 14 villages around Ratnagiri that need to be relocated for the refinery project firmly oppose the plan, a state government official told Reuters.

Opposition politicians and even a local ally of Modi`s Bhartiya Janta Party (BJP) support the farmer movement, complicating matters further for the government ahead of state and general elections in 2019.
The state government, which is responsible for acquiring the land for the project, has so far failed to secure even one acre of the roughly 15,000 acres needed for the refinery, Maharashtra Industries Minister Subhash Desai told Reuters.

"The state is not going to acquire land as a majority of the farmers are against the plan," said Desai, the minister, who is a member of the Shiv Sena, a regional party allied with the BJP in the Maharashtra state government. Under land acquisition rules at least 70 percent of the land owners need to provide consent for a project, he said.

Still, some believe that the opponents are only objecting to get better compensation packages for their land. "Eventually all stakeholders will give their consent, but it will take time," said Ajay Singh Sengar, who heads a rival forum that supports the refinery project. A local government official in the area said he thought many farmers would agree to a deal once a compensation package was announced.

The Ratnagiri Refinery & Petrochemicals Ltd (RRPL), which is running the project, says the 1.2-million-barrel-per-day (bpd) refinery, and an integrated petrochemical site with a capacity of 18 million tonnes per year, will help create direct and indirect employment for up to 150,000 people, with jobs that pay better than agriculture or fishing.

But farmers say they have sufficient work in their orchards and fields. "We don`t have enough people to maintain our mango orchards. That`s why every year we employ migrant labour from Nepal," says Arvind Samant, the secretary of a farmers` and fishermen`s group that was created to organise opposition to the project.

Samant says instead of a refinery the government should bring agro-processing plants or other industries that suit local needs. RRPL, a joint venture between Indian Oil Corp (IOC), Hindustan Petroleum and Bharat Petroleum, said suggestions the refinery would hurt the environment were baseless. It says it will continue to cultivate mangoes and cashews on some 4,500 acres of land around the project.

Despite the opposition, RRPL is hopeful the project will proceed. "Some people misguided farmers and created fear. We`re now trying to answer each and every doubt," said Anil Nagwekar, a spokesman for the RRPL, adding RRPL was struggling to convince farmers as they refused to even discuss the plan with the company.

Hundreds of people have joined non-violent protests, blocking surveyors from even measuring land needed for the site, said Omkar Prabhudesai, who heads the local group opposing the project.  "There is no point in listening to the company`s views. We have already decided not to give our land," said Prabhudesai.

The refinery, announced in 2015, was to be commissioned by 2022, but delays in land acquisition mean the deadline is likely to be pushed back. "Ideally the state government should have acquired land by now and the work for the project should have started. The delay could impact deadlines," said RRPL`s Nagwekar.

Saudi Aramco declined to comment, while India`s oil ministry did not respond to a Reuters email seeking comment.
Even if the government wanted to implement the project, it would not start any land acquisition process before elections in 2019, conceded a senior state government official, who asked not to be named due to the sensitivity of the matter.

"Sensing political mileage every political party is opposing the project. For the next one year there won`t be any progress," the official said.
Workers of the Maharashtra Navnirman Sena (MNS), a regional party, vandalised offices of RRPL in Mumbai in April.

An MNS spokesman confirmed reports of the incident and said the party was strongly opposed to the refinery plan. Parties like the Indian National Congress, and the Nationalist Congress Party also oppose the plan. Still, some officials remain hopeful.

Building a large project such as this in India was possible, but could take years, said IOC`s head of refineries Rama Gopal. "We conceived the Paradip refinery project in 1994," he said, referring to a plant it runs on the east coast. "But for various reasons the project got delayed and it was finally only commissioned in 2014."