On the strike called by MRF Ltd at Thiruvottiyur facility, one of the major tyre producing units here, union sources said the employees were against the management's move to set up surveillance cameras in the facility. 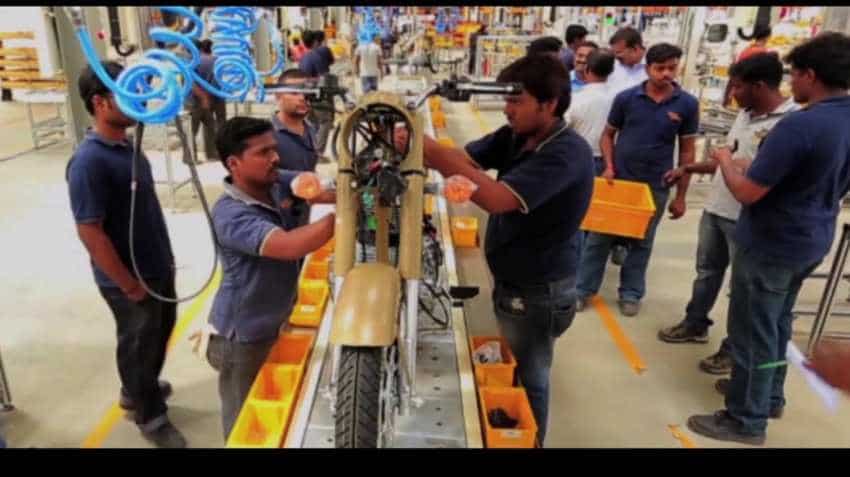 Responding to the strike, Royal Enfield, part of Eicher Motors, said the company has been working closely with the workforce and has undertaken various constructive and confidence-building initiatives. Representational Image, source: Youtube

Protests by employees of various companies are in focus again in Tamil Nadu with workers of Royal Enfield, tyre major MRF Ltd and auto parts maker Pricol Ltd resorting to strikes, union sources said. While employees of Royal Enfield are on strike at its Oragadam plant situated about 45kms from here, seeking wage revision, workers of tyre manufacturer MRF are protesting since February 9 pressing similar demands.

Coimbatore-based Pricol Ltd said it had dismissed some of the employees who went on a strike pressing for various demands including wage revision from August 21, 2018.

The company said in a statement that some of the employees were involved in various "unlawful activities" thereby creating an unfavourable atmosphere for peaceful operations of the organisation.

According to sources in the Coimbatore District Pricol Workers' Union, an affiliated body of All India Central Council of Trade Union, the employees are on strike seeking "wage revision".

Pricol said, following the strike, it transferred some of the agitating employees to other plants as per the contract conditions.

Due to the strike, some of the company's customers insisted the orders from Coimbatore plants be shifted to plants located in other parts of the country, to ensure continuous supply of products. "This in turn affected the business at the Coimbatore plant in a very big way," the company said.

The company said despite its efforts some of the employees did not respond to its appeal making them to dismiss them from service with effect from February 11.

Pricol said it was ready to reconsider the dismissal order on "humanitarian" grounds if the workmen were willing to resume duty within seven days of the notice.

On the strike called by MRF Ltd at Thiruvottiyur facility, one of the major tyre producing units here, union sources said the employees were against the management's move to set up surveillance cameras in the facility.

"We are also demanding wage revision. We also seek removal of CCTV cameras at the campus. We are hopeful the management will listen to our demands," a source said.

Meanwhile, Royal Enfield employees are on strike since February 13 opposing the transfer of some of their colleagues.

"As many as six people, including two women, were transferred to various locations across the country. We opposed this and issued a notice that we will go on strike from February 13," a source said.

Responding to the strike, Royal Enfield, part of Eicher Motors, said the company has been working closely with the workforce and has undertaken various constructive and confidence-building initiatives.

Royal Enfield was focused on resolving all issues in an amicable manner while keeping the best interests of the company and its workforce, it said.