Kolkata Metro Rail Corporation Limited (KMRCL) on Saturday started distributing compensation cheques to the residents of central Kolkata`s Bowbazar area who had to vacate their homes after the buildings suffered damages due to the tunneling work for the under-construction 16.60-km East West Metro Railway project. 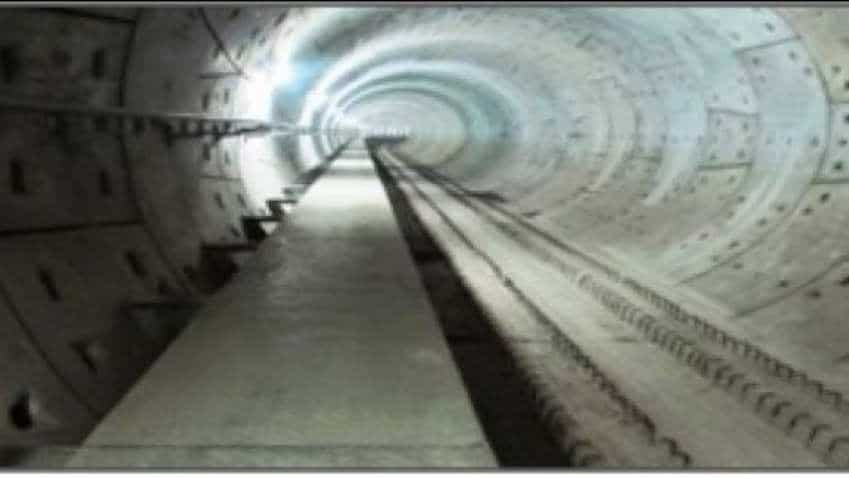 Kolkata Metro Rail Corporation Limited (KMRCL) on Saturday started distributing compensation cheques to the residents of central Kolkata`s Bowbazar area who had to vacate their homes after the buildings suffered damages due to the tunneling work for the under-construction 16.60-km East West Metro Railway project -- a part of which constitutes India`s first under-river train line. The project -- technologically analogous to the Eurostar (connecting Paris and London) -- met with what the implementing agency KMRCL called an "unprecedented disaster" on August 31, when a tunnel boring machine hit an aquifer resulting in water and silt gushing in and triggering serious ground loss on several roads.

The KMRCL authorities on Saturday handed out compensation cheque of Rs 5 lakh to 19 families. There was some chaos and unpleasantness after some of the victims complained they could not move any of their valuables during the short time they were given to evacuate. The authorities assured them that their hosues would be rebuilt and their lodging would be taken care of. A West Bengal Minister was among over 400 persons forced to evacuate their residences and shops after over 50 builidngs developed cracks - half a dozen of them collapsing - and were sheltered at nearby hotels and guest houses.

The KMRCL has promised to reconstruct or repair the damaged buildings, and provide the shifted residents flats on rent if their hotel stay "is prolonged". The agency has also engaged several experts "of both national and international repute" for addressing the issue in the best possible manner".

According to KMRCL, the tunnel boring work has been stopped and would resume only after a green light from the court. Company officials fear that the project could be delayed by at least a year, leading to a massive cost escalation. The court will hear the matter on September 16. The Metro corridor bridges the twin cities of Howrah and Kolkata, two of the most populous areas, and has been planned to drastically cut down travel cost and time, almost by an hour and a half.

The Metro would run from Salt Lake`s Sector V, Kolkata`s IT hub, to Howrah Maidan. Out of the total 16.60 kms, 5.8 km is an elevated corridor and 10.8 km will run underground. The 520-metre twin tunnels under the river are part of the underground stretch. Once commissioned in 2019, one would travel more than a 10-storied building below the water surface for almost half a kilometre across the 460 metre-wide Hooghly. The affected section -- from Esplanade to Sealdah -- is a 2.45 km stretch. The tunnel boring machine was about 600 metres from Sealdah when disaster struck.