The win of BJP has been positively accepted by investors so much so that most stocks are logging gains ranging from 20% to 5% on the BSE. 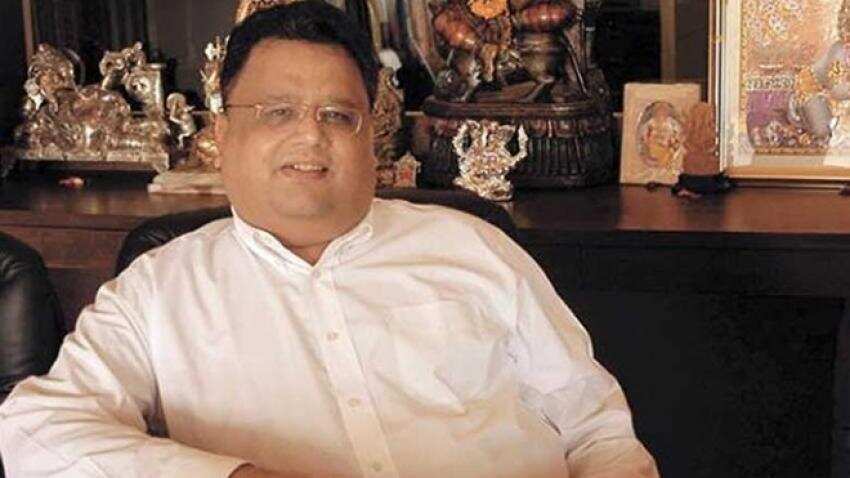 Every stock market investor would be familiar with the name of Rakesh Jhunjhunwala, and in case if you are new to the universe of equities, he is called the Badshah of Dalal Street. Among his many quotes on the investment method he has adopted in equity markets, the one that stands out goes like this, “Invest in a business not a company.” Jhunjhunwala further explains, “Invest in companies which have strong management and competitive advantage.” This is holding very much true today as one of the top companies he has a large holding has become a top performer in Indian markets today.

Both Sensex and Nifty have rocketed over 350 and 100 points today, which can be attributed to the Bharatiya Janata Party (BJP) win in Karnataka elections - the BJP is leading in 118 constituencies, with Congress a distant second at 60.  This is a dramatic comeback for the BJP, which could win merely 40 seats in the last assembly polls five years ago.

The win for the BJP has been positively accepted by investors so much so that most of stocks are seeing gains ranging from 20% to 5% on BSE.

Guess what! Jhunjhunwala’s holding, The Mandhana Retail Ventures Limited (TMRVL), surged by nearly 20% - the highest gainer on stock exchanges in terms of percentage.

Such performance comes as a massive recovery in Mandhana’s share price. As from May 01 till May 14, the share price of the company has dropped by 30.58% on BSE.

In BSE filing Mandhana said, “The company is following a multi-pronged strategy which concentrates on strengthening its business model while moving towards value retail by creating a strong pipeline of new products. “

Mandhana’'s license agreement with the Being Human Foundation holds valid until March 2020. The company enjoys a strong relation with the foundation and is confident on the continuity of the agreement beyond 2020.

The company is aggressively working towards creating a 'core or basic line' of products that will be targeted towards the fast fashion, value-for-money deals in the mid-to-premium segment of branded apparels.

Mandhana’s e core management team is putting all of its efforts towards targeting an EBITDA margin of 15%- 16% going forward by improving the out-sourcing practices. The company is also introducing various sales schemes and employee training courses in order to improve the same-store-sales growth for FY19.

Following the above growth prospects of Mandhana, one can expect positive performance in coming days ahead in the share price. The company has a potential to touch up to Rs 200 per piece on BSE. The last time it recorded high was Rs 203.70 per piece on May 2017.

According to reports, Jhunjhunwala has invested in 29 companies with a portfolio value aggregating over Rs 14,500 crore. Most of these companies have given even higher returns than the overall benchmark indices could give over a period of 1 year.

Jhunjhunwala stands at 54th position in Forbes list of billionares with net worth $3.2 billion. The Forebes describes Jhunjhunwala as India's Warren Buffett. He began investing in BSE in 1958 with just $100. That time, BSE was valued at 150 and has now earmarked over 36,443-height.