The Kerala government owns 32.86 per stake in KIAL, while 22.54 per cent stake is held by state and Central Public Sector Undertakings. 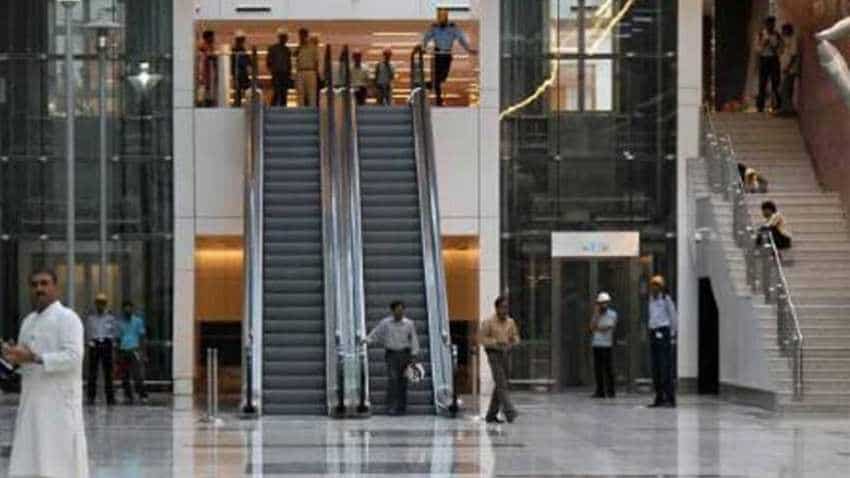 The airport, to be operated by Kannur International Airport Ltd. (KIAL), is the second greenfield airport to be built under public-private partnership (PPP) model in Kerala after Kochin International Airport, Representational Image, Source: Reuters
Written By: PTI
RELATED NEWS

The new airport is spread over 2,330 acres of land with a runway length of 3,050 meters, and is expected to serve more than one million passengers annually to begin with.

The Kerala government owns 32.86 per stake in KIAL, while 22.54 per cent stake is held by state and Central Public Sector Undertakings.

Another 35.21 per cent holding rests with others, including qualified institutional buyers (QIBs), individuals, companies, while the remaining 9.39 per cent stake is with the Airports Authority of India.

"More airlines are expected to start services to and from Kannur in January. GoAir, IndiGo, and SpiceJet are awaiting final clearance from the Directorate General of Civil Aviation (DGCA)," he said.

If GoAir gets the nod to fly in the coming days, it may commence services from the new airport on day one, Thulasidas said, adding, "IndiGo will start services by the middle of January 2019."

Besides, GoAir will also operate flights to Abu Dhabi, Dammam and Muscat initially and will soon add Doha and Kuwait to its route, the release said.

Air India Express, which has already announced commencement of its services to Abu Dhabi, Riyadh and Sharjah from Kannur Airport in the first phase, also plans to add Muscat to its route network as per the availability of aircraft, the release said.

The 95,000 sq m terminal building of the Kannur airport is the eighth largest in the country and once inaugurated, the aerodrome would be the fourth in Kerala after Thiruvananthapuram, Kochi and Kozhikode.

Thulasidas said that a few foreign airlines have already submitted their proposals to the DGCA to launch services from the Kannur airport.

"KIAL and the state government are taking the best efforts to get permission for foreign airlines. We expect that 10-13 flights will soon start services from Kannur," he said.

According to the release, customs officials will assume charge at the airport on Saturday (December 1) while other officials have already assumed different positions at the airport.

Air India's ground handling arm, Air India Air Transport Limited (AIATSL) has got the mandate to carry out ground handling activities at the new airport besides a foreign agency, the release stated.

The airport will have 24 check-in counters initially, which can be increased to 48 as per requirement, six aero bridges, which can also be increased in future, it said adding the length of the runway is being extended to 4,000 metres.