He further said the company will be spending a significant amount on advertising and marketing as it is entering Odisha and Rajasthan, among other new markets. 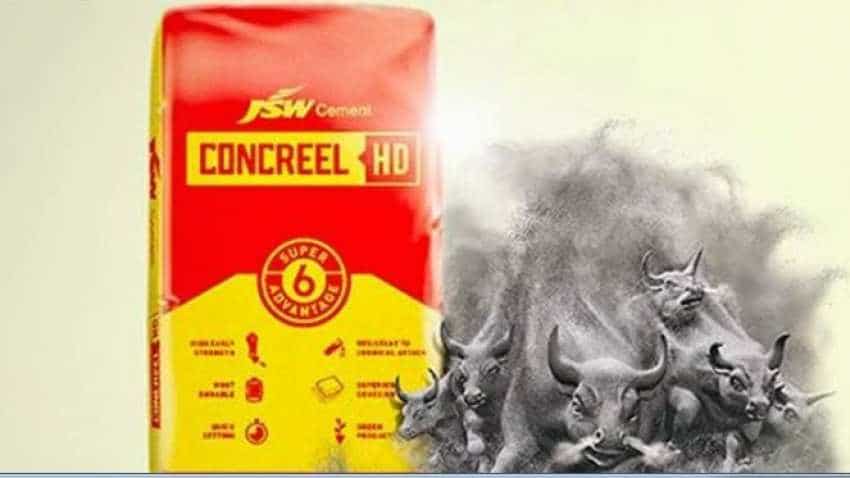 He further said initially the company would be looking at a 15 percent promoter share dilution and another 5-10 percent over the next few years. JSW Website
Written By: PTI
RELATED NEWS

The city-based company is also likely to begin the work on the much-awaited initial public offer from this December and hopes to launch the issue before March 2021, the official said Tuesday.

"With the commissioning of enhanced capacity at the Dolvi plant in Maharashtra from 1 mtpa to 2.2 mtpa, our installed capacity has increased to 12.6 mtpa and we hope that by the end of this fiscal year, we will reach 14 mtpa as we will be commissioning the Jajpur unit in Odisha soon," JSW Cement managing director Parth Jindal told reporters.

The junior Jindal said the company, which has grown from 6 mtpa three years ago to 12.6 mtpa now, is hopeful of reaching an installed capacity of 20 mtpa by December 2020.

"We have a capex plan of around Rs 2,000 crore to achieve the target and we are looking at both organic and inorganic opportunities," he said, adding they are also evaluating a few stressed assets but in the short-to medium term, the focus will be execution as there are lots of opportunities in brownfield expansion.

The company is looking at a 70:30 debt-equity ratio the expansion. The company has Rs 2,400 crore debt in its books now.

"We've been strategically acquiring limestone mines in Chhattisgarh, Rajasthan and Gujarat. This, coupled with our expansion in Fujairah in the UAE, will give us enough clinker security along with limestone," Jindal said, adding the Fujairah facility is expected to be operational by March 2020.

He further said the company will be spending a significant amount on advertising and marketing as it is entering Odisha and Rajasthan, among other new markets.

Asked about the size of the proposed IPO, he said, "it's a little bit early to speak about the issue size, but I think we are looking at an enterprise value of Rs 25,000- 30,000 crore."

He further said initially the company would be looking at a 15 percent promoter share dilution and another 5-10 percent over the next few years.

"But if we go in for a more aggressive expansion, then we will dilute more, but if we choose to be conservative, we would dilute less. Initially 15 percent is the target that we have," Jindal added.

The company hopes to ramp up its capacity further to 30 mtpa after going public with the addition of 5 mtpa each in Rajasthan and Chhattisgarh.