The safe and steady '9 to 5' jobs may no more be an option for most of the Indians, warns a new book 'Job Crisis in India', which also advises the youth to be prepared for a world of short-term work or "gigs". 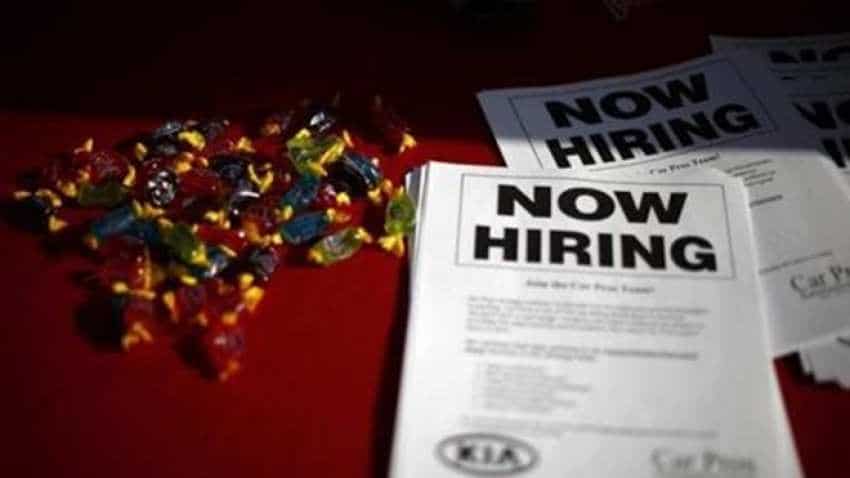 Jagannathan, in chapter 'Jobs or Gigs? What will be the future like', ponders on the pros and cons of a gig economy. Image Source: Reuters
Written By: PTI
RELATED NEWS

Ola jobs in Gurgaon, Chandigarh and other cities: Over 3500 opportunities up for grabs - What jobs seekers need to know

The safe and steady '9 to 5' jobs may no more be an option for most of the Indians, warns a new book 'Job Crisis in India', which also advises the youth to be prepared for a world of short-term work or "gigs". The book, written by renowned business journalist Raghavan Jagannathan, takes the issue of jobs in India head-on and explains why "middle-class jobs may soon turn out to become gigs project work or contract work".

While a 'gig', when loosely defined, means "working part-time for money", the dictionary meaning of a gig economy is "a labour market characterized by the prevalence of short-term contracts or freelance work as opposed to permanent jobs".

Jagannathan, in chapter 'Jobs or Gigs? What will be the future like', ponders on the pros and cons of a gig economy. However, he explains why a gig economy is not for all, and how the cost here might sometimes outweighs the benefits.

"...A gig economy worker in highly skilled areas may be happier with the flexibility he gets than someone who has to work in a gig because he needs the money and does not have too many other options," the book reads.

To support his point, the author also gives an example: A cyber security consultant surely will be paid for short hours of work at the different companies where he lends his services, but Swiggy, Domino's, or Big Basket delivery boys have hazardous jobs delivering food and fresh vegetables in stressful traffic conditions and at odd hours.

"You tend to order a pizza only when you get home at 9pm and do not want to cook, and that is when the gig worker's services are most required," he adds. Also, the author clarifies that "most Indians outside farming" are not looking for gigs.

"The need is for stable jobs, as the agitations for job reservations by landed castes in India ? like the Patidars In Gujarat, the Jats and Gujjars of Haryana, Rajasthan, and western Uttar Pradesh, the Marathas of Maharashtra, and the Kapus of Andhra Pradesh ? demonstrate," he writes.

That said, he writes explicitly about how the world is "increasingly moving towards gigs, either part-time employment or small-time entrepreneurship". Without mincing any words he suggests that the Indian government's efforts to push self-employment by creating micro-enterprises by offering microloans is a "pointer in this direction" only.

While quoting the National Skill Development Corporation's (NSDC) 2016 'Environmental Scan' report, which sees the scope of creating 103 million jobs in the 2017-22 period by skilling, the author notes that "a lot of the skills mentioned could be gigs or self-created small businesses".

"The biggest job creator -- as per the environmental scan report -- will be building construction and real estate, but barring a few contractors and key skilled personnel, the vast majority of those employed are likely to be on per-day (or per-job) work, though the contract period may be long in some cases," he writes.

And putting his weight behind the very point is the former UIDAI chairman and co-founder of Infosys Nandan Nilekani.

"...The life-time employment business is dead where you join a big bank as a probationary officer and retire as deputy MD or GM. And this is true for a lot of industries. (Given the pace of change) companies cannot also think long term," Nilekani, in his interview to the author, said.

Published by MacMillan, "Job Crisis in India", priced at Rs 599, claims to explain the various micro and macro factors that impact the overall job scenario, including the rise of the 'gig economy', the use of robots and the economic uncertainties that lie ahead.

Ola jobs in Gurgaon, Chandigarh and other cities: Over 3500 opportunities up for grabs - What jobs seekers need to know