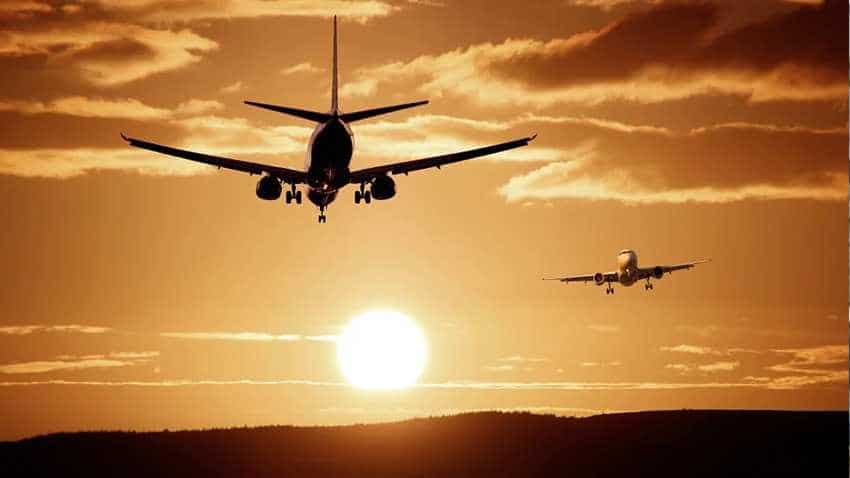 Jewar Airport will give a major boost to the overall economic activity around the Noida and Greater Noida region. Pixabay image.
Written By: Prashant Singh
RELATED NEWS

Flights affected at this airport due to poor visibility

Jewar Airport or the Noida International Greenfield Airport will come up in a 5,000-hectare area and is estimated to cost Rs 29,560 crore.

Under the norms, DIAL had the 'First Right of Refusal' as the proposed airport will be developed within 150 km of the IGI airport. However, the provision did not qualify, as its bid was not within the required 10 per cent range of the winning bid amount.

Zurich vs Adani vs DIAL vs Anchorage: Who offered what?

Shailendra Bhatia of the project's nodal office said that Anchorage offered Rs 205 premium per passenger, Delhi International Airport Rs 351, Adani Enterprises Rs 360 and Zurich Airport Rs 400.97. "Zurich Airport International AG has made the highest bid for developing the Jewar airport and has been selected as the concessionaire for the airport," he said.

The financial bid will now be put up before the Project Monitoring and Implementation Committee on December 2.

"Under a 40-year concession, the Flughafen Zurich AG will build and manage the new greenfield airport in Jewar. The new airport will be located around 80 km south of Delhi and will be fundamental to accommodate the expected flight traffic growth rates in the National Capital Region," the company said in a statement.

"The capital investment associated with the first phase is expected to amount to roughly CHF (Swiss francs) 650 million during the construction period of approximately four years. The first phase will be able to accommodate around 12 million passengers per year," it added.

Boost of Noida and Greater Noida region: What experts say

Commenting on the development, ANAROCK Property Consultants Vice Chairman Santhosh Kumar said, "The expectation is that just like any mega infrastructure project, this greenfield airport will give a major boost to the overall economic activity around the Noida and Greater Noida region. Let's take a closer look."

"Once completed, Jewar International Airport will not only ease traffic at Delhi's IGI Airport but also create multiple job opportunities and give decent impetus to the property market in Noida, Greater Noida and Yamuna Expressway,"Kumar added, as per IANS.

"These markets have been reeling under tremendous pressure over the last three to four years, and require a fresh injection of opportunity and intent to overcome this slump. For an area to become end-user centric and liveable, a massive infrastructure project like Jewar International Airport can definitely make a huge difference. Such projects are invariably followed by more real estate developments including housing, commercial, hospitality, etc."

A global tender was floated to hire a developer for the proposed airport on May 30 by the Noida International Airport Ltd, an agency floated by the Uttar Pradesh government for managing the project in Gautam Buddha Nagar district, adjoining the national capital.

"A positive development for the sector with an international developer emerging as the preferred bidder," said Jagannarayan Padmanabhan, Practice leader and Director, Transport and Logistics, CRISIL Infrastructure Advisory. "It will be important that all the external connectivity is addressed on a war footing and an unencumbered site for development is also given to the concessionaire at the earliest," Padmanabhan added, as per a report in IANS.

Flights affected at this airport due to poor visibility

Fixed Deposit interest rates: SBI may have cut rates, but these NBFCs offer up to 9 pct return on your bank FDs