Jet Airways have known the corners of India through air since 1993, but who would have expected the airline to suffer through such a cash crunch despite fleet orders stored in line. 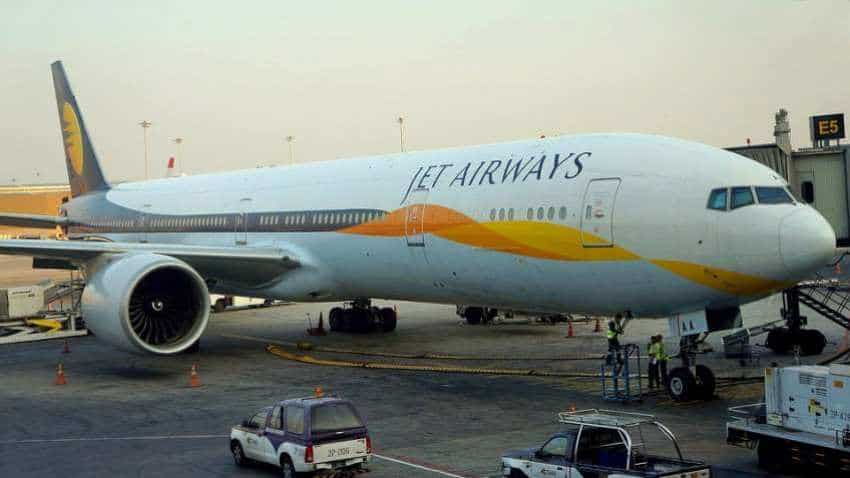 How will Jet Airways be saved? Who will save the airlines? This is the real question every investor, passengers and experts are asking themselves. The airline which is referred as the second largest carrier in terms of market share in India is losing shine due to cash crunch. Yes, you have read it right, it seems like the weary days are not going to end for Naresh Goyal’s Jet Airways anytime soon. While the airline is already battling to stay in the air by taking various measures in their cost, new headlines have just taken a toll on its share price. For instance today, investors dented Jet Airways share price by massive 10% after a buzz took round that its shareholder Etihad Airways looks to buy some stake in Jet for a whopping 49% discount. While the speculations over delaying its debt repayment to a consortium of banks was not enough, that now Jet Airways has broken silence in regards to Etihad.

It’s breathtaking to see Jet Airways struggle to such an extent, who is the second oldest airline after the nation’s Air India. Yes, Jet Airways have known the corners of India through air since 1993, but who would have expected the airline to suffer through such a cash crunch despite fleet orders stored in line. Once again, the airline has made its attempt to calm down investors, by releasing a detailed explanation.

Firstly talking about Etihad speculation, Jet Airways told exchanges that, “we hereby categorically state that nothing mentioned in the various media reports shall be deemed to be attributed to the Company and we also vehemently deny any discussions or disclosure on our part, with any media concerning the matter.”

Further, once again Jet Airways clarified that,  pursuant to a delay in the payment of interest and principal instalment due to the consortium of Indian banks, led by State Bank of India (SBI), on 31 December, 2018, by the Company, SBI in consultation with the other members of the consortium and the other stakeholders has been working on a comprehensive resolution plan towards a turnaround of the Company for its sustained growth and restoration of financial health.

“We wish to clarify that the resolution plan is presently under active discussion amongst the stakeholders and the various options therein, being privileged and confidential, are yet to be crystallised and agreed to by the stakeholders in the best interests of the Company,” said Jet Airways.

These explanations come after when investors took Jet Airways share in a bloodbath on Tuesday, so much so, that the company even touched an intraday low of Rs 266.05 per piece resulting in overall drop of 9.62% on BSE. However, the company ended at Rs 271 per piece down by Rs 23.40 or 7.95% on the index.

Jet Airways has openly blamed for its such outcome on rising aviation fuel prices, lease rentals and other expenditures.

Jet Airways to recover its cash crunch, has been taking various steps since August 2018 by cost-cutting measures, debt reduction and funding options including infusion of capital, monetisation of assets including the Company’s stake in its loyalty program, in consultation with various key stakeholders.

A background check: The airline first asked its own employees to agree to a salary cut, then it delayed salaries, grounded a few jets, but all in vain and now the airline finds that its debt obligations are maturing to the tune of Rs 22 billion this year. The airline has a total debt of Rs 73.6 billion, with a strong staff of 16,000 people. Even there were reports that, Goyal has also knocked the doors of India billionaires like Ratan Tata and Mukesh Ambani.

While hopes are there on Tatas to make a buying in Jet Airways, however, not much development has been revealed since last year. Next big and safe option would be Etihad, however, when a discount buying will another be a loss for the airline.

Should you as an investor worry about Jet Airways?

Talking about how can Jet Airways, Jal Irani analysts at Edelweiss Financial Services said, “Factoring in FY20/FY21E oil prices at USD65/75/bbl and PAX growth of 2%/5%, we estimate JAL to generate positive operating cash flow of INR27bn over the next two years.”

Rani adds, “We, therefore, believe JAL will scale up its fleet capacity, which has been stagnant (100–110 planes) since 2012. An uptick in PAX growth will drive a significant re-rating of the stock—5% change in PAX growth will lead to 17% earnings revision.”

With liquidity issues plaguing the company over the past few years, growth suffered with JAL’s market share nose diving to 14% currently from a high of 30% in 2012.

In Rani’s view, “ A fresh equity infusion will enable Jet to exploit lower oil prices and expand fleet capacity to leverage the fastest-growing aviation market in the world. However, we await results of the forensic audit (due by January end), which is critical to realisation of this restructuring plan. Consequently, we maintain ‘HOLD’ while keeping TP and earnings estimates unchanged.”

Going ahead, Jet sits on an order book of 225 aircraft, for which Ambit believes would earn cash profits of $3-5 million per aircraft. Such would improve cash flow by Rs 44 billion to Rs 75 billion over the duration of deliveries if implemented.

Moreover, Jet has a large ground handling force, and as per Ambit can sell about 49% stake in the business. Finally, another alternative could be equity raising in order to meet some of its debt obligations.

These are the days of patience for Jet Airways investors, and as far as growth is concerned the company is set to see some turbulence for few quarters.