One senior IAS officer has been deputed to each of the three north-coastal districts to supervise the relief operations. 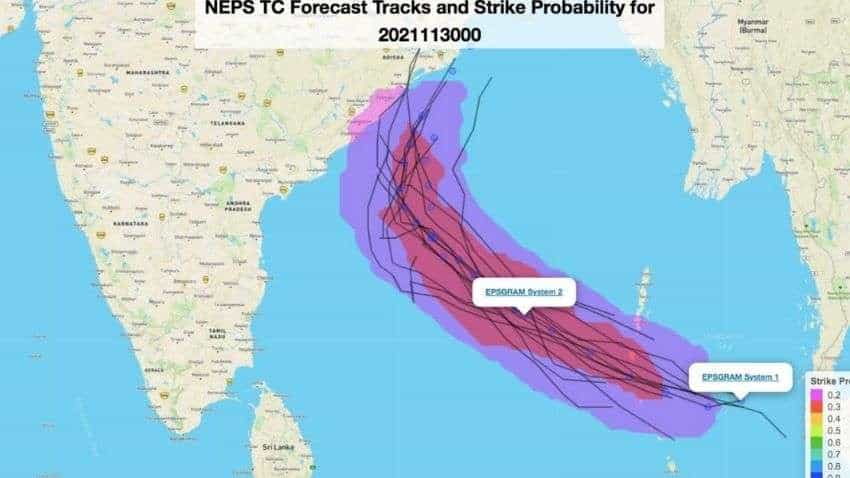 The Commissioner advised fishermen not to venture into the sea till Monday.

The Andhra Pradesh government put the official machinery in the three north coastal districts on high alert as cyclonic storm Jawad is likely to hit the Bay of Bengal coast on Saturday.

Chief Minister Y S Jagan Mohan Reddy spoke to Collectors of Srikakulam, Vizianagaram and Visakhapatnam districts on Thursday and directed them to take all precautionary measures.

A CMO release said the Chief Minister asked the Collectors to make arrangements for setting up relief camps wherever required.

"Ensure that nobody faces any problem because of the cyclonic storm. Be alert, particularly in the case of low-lying and vulnerable areas," Jagan told the Collectors.

One senior IAS officer has been deputed to each of the three north-coastal districts to supervise the relief operations.

Meanwhile, State Disaster Management Authority Commissioner K Kanna Babu said winds with a speed of 45-65 kmph were likely along the Bay of Bengal coast from Friday night and might reach 70-90 kmph on Saturday morning.

Moderate to very heavy rain was likely at various places in the north coastal districts under the influence of the cyclonic storm.

The Commissioner advised fishermen not to venture into the sea till Monday.

The South Central Railway informed in a release that 42 Express trains on the east coast route ? to and fro Bhubaneswar and Howrah ? have been cancelled on Friday and Saturday.