Andhra Pradesh Chief Minister Y.S. Jagan Mohan Reddy on Saturday announced a slew of sops for the government employees, including an interim relief of 27 per cent. 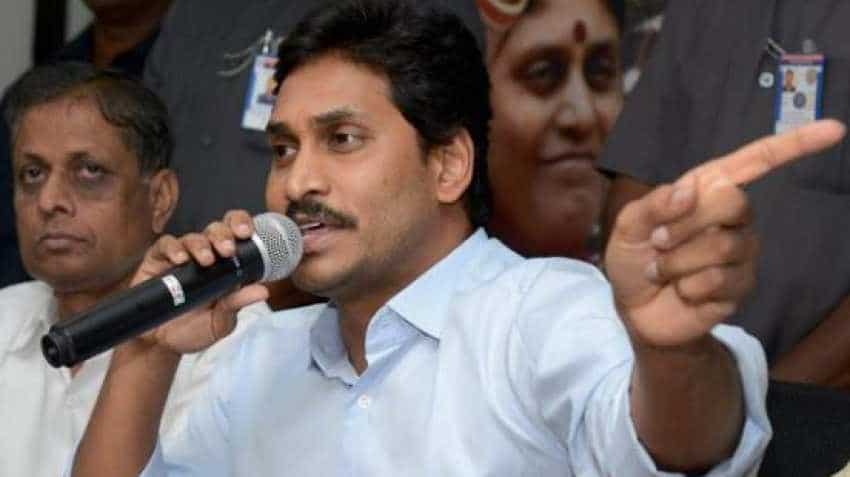 Andhra Pradesh Chief Minister Y.S. Jagan Mohan Reddy on Saturday announced a slew of sops for the government employees, including an interim relief of 27 per cent. PTI

Andhra Pradesh Chief Minister Y.S. Jagan Mohan Reddy on Saturday announced a slew of sops for the government employees, including an interim relief of 27 per cent. He also promised to scrap the Contributory Pension Scheme (CPS) and enhance the salaries of contract workers.

Jagan Reddy, who entered the state secretariat for the first time on Saturday after taking oath as the Chief Minister on May 30, addressed the staff, urging them to join hands with the government to provide good governance to the people.

Jagan, as the Chief Minister is popularly known, was felicitated by the Secretariat Employees` Association. They submitted a memorandum to him. Responding to this, Jagan said that all their issues included in the election manifesto of the YSR Congress Party would be discussed in the first cabinet meeting.

Amid huge applause by the employees, he assured that the long pending demand of 27 per cent interim relief will be discussed in the cabinet meeting to be held in a day or two.

"The issue of scraping the CPS will also come up in the cabinet meeting and there will be a hike in the pay of contract workers. We will also take forward the task of regularising contract workers, depending on their experience and qualification," Jagan said.

He also said that some of the employees who must have lobbied with the leaders of the previous government need not have any doubts as he understood their position well. They had done this only to further the cause of the employees, he said amid loud cheers.

Jagan also told the heads of departments (HoDs) and other officials to always carry with them the party manifesto, which should be the guiding force for their functioning.

"They should work towards implementing the manifesto in toto. People would vote for us only if the election promises are fulfilled," the Chief Minister added.