Banks have accepted haircut up to 95%, which goes against the intent of Insolvency and Bankruptcy Code (IBC) 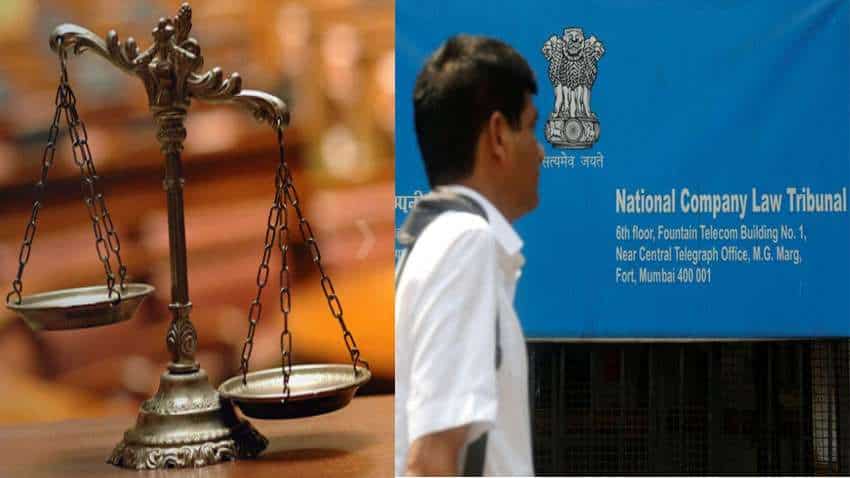 “The code was introduced with the objective of creditors control over the process and same got evolved through various amendments and judgments," Ashish Pyasi, Associate Partner Dhir and Dhir Associates says
Written By: Brajesh Kumar
Edited By: Prashant Singh
RELATED NEWS

Recent approvals of resolution by the Committee of Creditors have once again highlighted the flaw in the ‘Commercial Wisdom’ theory of lenders. Banks have accepted haircuts of up to 95%, which goes against the intent of the Insolvency and Bankruptcy Code (IBC). A haircut refers to the per cent of dues banks are ready to forgo in case of settlement.

The commercial wisdom of lenders has been held supreme under IBC and this is the reason why NCLT, NCLAT to even Supreme Court have not interfered on this critical question. But, the recent events are suggesting a relook on this aspect of IBC. If we go by the recent cases of haircuts borne by lenders then certainly it’s a matter of grave concern because the haircuts have been as high as 95%.

As an integral part of the commercial wisdom, the reason often given by lenders is, if the resolution plan is not accepted and approved by NCLT, then liquidation will be the only option, which may result in a further loss for them and other stakeholders.

The fallacy of commercial wisdom was recently evident in the Siva Industries case, where lenders agreed to settle the issue with the father of the debtor who was charged by CBI for defaulting the lead lender of the consortium and the largest bank of the country SBI has already declared the debtor as a defaulter. While hearing the matter NCLT Chennai Bench had questioned this Commercial Wisdom of settlement with someone who may indirectly take back the control of the company using a settlement route through his father.

One more case of Commercial Wisdom of lenders under question is that of Videocon Group, where Twin Star Technologies a subsidiary of Vedanta was declared as a successful resolution applicant. Twin Star’s resolution plan provided for a mere 4.15% of the admitted claims; out of Rs 64838 Cr only Rs 2962 Cr was accepted as payout that too in 25 months. The adjudicating authority NCLT Mumbai expressed its displeasure and observed that “the Successful Resolution Applicant is paying almost nothing and 99.28% haircut is provided for Operational Creditors (Haircut or Tonsure, Total Shave)”. But, the authority was constrained to approve, citing the judicial precedents of the supremacy of Commercial Wisdom.

NCLT’s displeasure was also because a large number of operational creditors is MSME and they have been offered only 0.72 % of their admitted claims. Last year government announced a Rs 20 Lakh Cr package for MSMEs to help them recover from the impact of the pandemic and on the other hand as operational creditors they are losing most of their dues. Incidentally, the erstwhile promoter has challenged the resolution process and Commercial Wisdom of CoC to sell the assets in parts and alleged huge undervaluation, though such allegations of erstwhile promoters are not new.

There are also questions about the independence of the Committee of Creditors (CoC). Many times the debtors are in control of the composition of CoC or ensure that the interests of debtors and CoC are aligned, if so then, the Commercial Wisdom is not compromised? But, sadly the same cannot be questioned by judiciary as per IBC.

Suhas Tuljapurkar, Managing Partner, Legais Partners says, “One cannot design an insolvency law in a manner that circumvents the judiciary”. He further adds, “In the context of CoC's Commercial Wisdom, it is absolutely essential today for the Courts to look at (a) the collective Qualification & Knowledge of the CoC; (b) absolute independence of every CoC member ( not only apparent independence but in true sense in all proceedings) ; (c) conduct of CoC in achieving Rehabilitation for the interest of the enterprise ; (d) evaluation of CoC's conduct on the fundamental principles of fairness & transparency; and (e) balance between maximization or revenue Vs equitable distribution. In my view it is only then one can say that CoC's commercial wisdom should not be interfered by the Courts.”

But, there are counter views as well, which argues that legislature by design has consciously not provided any ground to challenge the commercial wisdom.

Ashish Pyasi, Associate Partner Dhir and Dhir Associates says “The code was introduced with the objective of creditors control over the process and same got evolved through various amendments and judgments. Further, the commercial wisdom of the committee of creditors is binding upon all the stakeholders and the authority. In recent times, the jurisprudence on commercial wisdom has evolved and it is apt to say that it is not without any checks or balances. However, the checks and balances are very limited and unless there are glaring infirmities while exercising the commercial wisdom, the authority proceeds to accept the outcome of such process. I believe that as long as the commercial wisdom is exercised and it is well within the four corners of law, it has to be accepted.”

But it’s also important to note that the legislature may have avoided judicial interference with the belief that CoC has the knowledge and understands the business and so the feasibility of the resolution plan.

Ashish Kumar Singh, Managing Partner, Capstone Legal believes that the Commercial Wisdom part of the CoC in IBC needs a relook. He says, “There is an imminent need to curtail the expansive meaning given to the phrase ‘commercial wisdom of the committee of creditors”.

With huge haircuts in recent cases, the questions have been raised on the success of the IBC process as a whole. But, one argument often given is that low recovery rate and higher cases going the liquidation way is due to weak economic scenario and Covid 19 pandemic, which has further distressed the economy and hence, the prospective for a better recovery. But there is no harm to relook at issues under question and plan corrective measures, before the economy rebounds and Unquestionable Commercial Wisdom can definitely one of the issues.