MDH owner 'Mahashay' Dharampal Gulati today fell prey to  rumours  over his reported death. Several leading media  organisations  erroneously reported that the iconic businessman, whose face is known in almost every household across the country, was dead at 99. 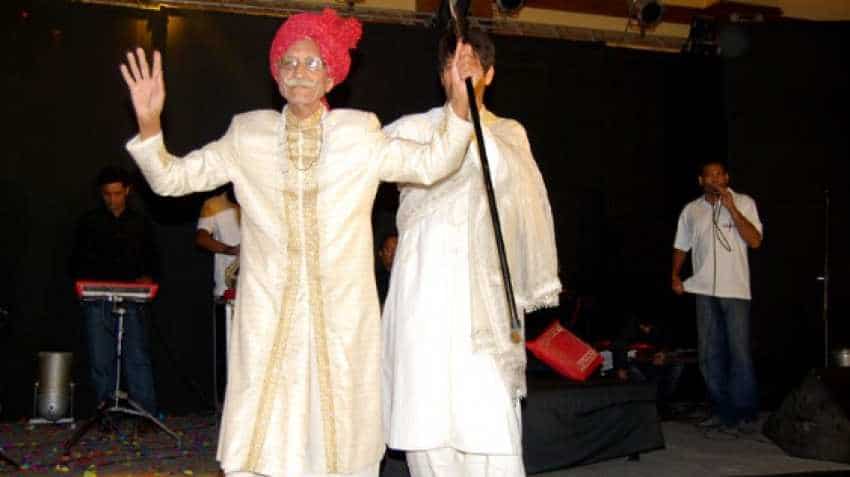 MDH owner 'Mahashay' Dharampal Gulati today fell prey to rumours over his reported death. Several leading media organisations erroneously reported that the iconic businessman, whose face is known in almost every household across the country, was dead at 99. The reports were busted later when India.com quoted sources as saying that Gulati's family has denied reports of his death. His family said the MDH owner is alive and fit. Another report by news18.com quoted MDH vice-president Rajendra Kumar as saying that the reports of the death of Gulati were fake. Kumar said the reports of the death of his company's owner were "completely shocking, baseless and false".

It's good news that the iconic owner of MDH Spices is alive and fit. Here's is his life story that would inspire every Indian:

Born in 1919 in Sialkot, Pakistan, Gulati has successfully raised a multi-million dollar empire after suffering years of poverty. The company Mahashian Di Hatti (MDH) had originally started with a small shop in Sialkot. It moved to Delhi after partition in 1947.

Reports say that Gulati had initially rented a tonga after reaching Delhi and started ferrying travelers from Connaught Place to Karol Bagh. There were many days when Dharmpal could get no passengers. Fed up with poverty, Gulati one day sold his tonga and rented a shop at Chandni Chowk in 1952, named it MDH, and started selling spices.

MDH was officially set up in 1959 when Gulati purchased a piece of land in Kirti Nagar and started a manufacturing unit. The company today sells spices across the world.

In 2017, Gulati was the highest paid FMCG CEO in India. He is a fifth-grade dropout. But his salary in 2017 was over 21 crore, higher than Adi Godrej and Vivek Gambhir of Godrej Consumer, Sanjiv Mehta of Hindustan Unilever and YC Deveshwar of ITC. MDH had posted a net profit of Rs 213 crore while its total revenues were Rs 924 crore last fiscal, according to The Economic Times.

Gulati holds 80% stake in the company. He had earlier said that "being sincere in product quality sold at affordable prices" was his motivation.

Even in his 90s, Gulati is not retired. He continues to take business decisions. Gulati also does charity. His Mahashay Chunni Lal Charitable Trust (named after his father) runs a 250-bed hospital, a mobile hospital for slum dwellers and four schools.

According to the official website of the company, "MDH Today has a range of 62 products available in over 150 different packages Designed to cater to the varied needs of consumers all over the world."