Justifying its proposal to seek phone-tapping powers, Sebi has said it could investigate and recommend action only in around 40 cases pertaining to prevention of insider trading in the last three years, out of which action like disgorgement or impounding of ill-gotten gains could be taken only in 12 cases of trading by insiders and the rest were disclosure-related. 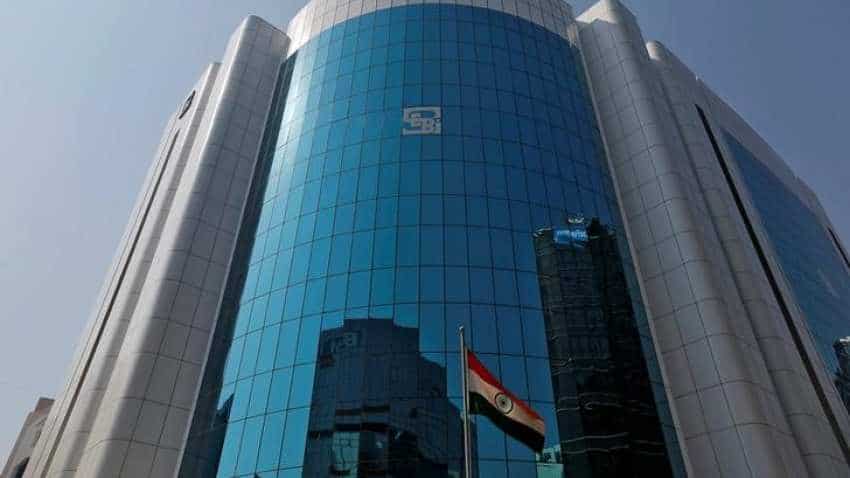 Sebi is considering seeking powers from the government to intercept calls and electronic communications of those suspected of serious economic offences like insider trading. Image source: Reuters
Written By: PTI
RELATED NEWS

To bolster its evidence-gathering mechanism, watchdog Sebi is considering seeking powers from the government to intercept calls and electronic communications of those suspected of serious economic offences like insider trading.

Acting on recommendations made by a high-powered committee on fair market conduct, the capital markets regulator has prepared a proposal for its board to seek these powers by making necessary amendments in the concerned laws and regulations, a senior official said.

The committee, headed by former law secretary and Lok Sabha's ex-secretary general T K Viswanathan, had suggested last month that Sebi may seek direct power to intercept calls and electronic communication by ensuring proper checks and balances, like some other regulatory agencies.

After putting up the suggestion for a public consultation process, Sebi (Securities and Exchange Board of India) has listed recommendations for its board meeting scheduled next week to approach the government for these powers, which the regulator wants to exercise while following necessary protocols for maintaining right to privacy.

During the consultation process, it was pointed out by some entities that call interception is a direct encroachment of a person's liberty, which is guaranteed in the Indian constitution and therefore Sebi needs to take specific order from the government for it.

Another feedback was about Sebi approaching judicial authorities on case-to-case basis, while some asserted the proposed powers should be seen vis-a-vis privacy laws and not be misused.

The committee had made the recommendation considering the difficulty faced in investigating serious cases, particulary relating to insider trading and front running -- which refer to benefitting through trading with prior access to price-sensitive information about listed companies.

Justifying its proposal to seek phone-tapping powers, Sebi has said it could investigate and recommend action only in around 40 cases pertaining to prevention of insider trading in the last three years, out of which action like disgorgement or impounding of ill-gotten gains could be taken only in 12 cases of trading by insiders and the rest were disclosure-related.

Besides, criminal prosecution for insider trading has been filed only in 12 cases till date and even in those the matter has not reached the evidence stage and there has not been any conviction so far.

"For a serious offence like insider trading, Sebi has not been able to successfully pursue criminal prosecution due to lack of conclusive evidence. Therefore, there is an urgent need to have powers for call interception," the official said, while adding it would be used with adequate safeguards and due diligence to address privacy concerns.

While there could be challenges in terms of multiple phone numbers used by a person, the regulator feels phone-tapping will help it gather stronger evidences in cases of insider trading, particulary for repetitive offenders.

Sebi currently has powers to seek call data records (list of people in touch with the caller) of those being probed, but it cannot intercept calls.

However, a few foreign regulators have powers to intercept calls and some of the biggest cases globally of alleged fraud have been unearthed with the help of phone-tapping, including in cases of Rajat Gupta and Raj Rajaratnam.

In India, some central law enforcement and regulatory agencies are authorised by the government under provisions of the Indian Telegraph Act to carry out call interception. These include Intelligence Bureau, ED, CBDT, DRI, CBI, NIA and R&AW, as per Sebi's proposal.

The capital markets watchdog has proposed to follow the procedures and protocol provided in the Indian Telegraph Act as are being followed by agencies like CBDT, ED and DRI, including for maintaining the right to privacy.

The regulator plans to send the proposal to the government after getting it approved from its board, which is also likely to discuss a number of other recommendations made after taking into account public comments on other suggestions made by the Viswanathan committee.

These include proposals regarding mandatory whistle-blower policy at listed companies and a series of changes in rules on market frauds, insider trading, surveillance and investigations. Also, it has also recommended setting up a searchable list of all immediate relatives and related persons of those in possession of price-sensitive information.

Many recommendations assume significance in the wake of several high-profile cases being probed by Sebi and other agencies, where relatives of senior executives, as also various employees, at listed companies have come under scanner.

Sebi has also proposed that a code of conduct for prevention of insider trading, similar to the one applicable to listed companies, should be applied to market infrastructure institutions such as stock exchanges and depositories too as they also handle unpublished price-sensitive information.

Senior officials said the board will also consider a proposal on interoperability, which will permit trading members to clear trades through a firm of their choice instead of going through the clearing corporation owned by the bourse on which the trade was executed.

With regard to settlement mechanism, the board will discuss a Sebi-appointed committee report in this regard.

The committee has recommended that proceedings relating to insider trading, front running and mis-statements in the IPO documents may be settled "depending on the facts and circumstances of each case".

It also suggested a confidentiality clause in the settlement mechanism, wherein identity of the applicant will not be disclosed to garner information of defaults along with possible violations from defaulters in the securities.