Had you bought 100 shares by investing Rs 9500 in its IPO in 1993, you would have accumulated Rs 5 crore by now! The growth potential of this technology company is such that experts still see strong gains on the stock for those who buy into it. 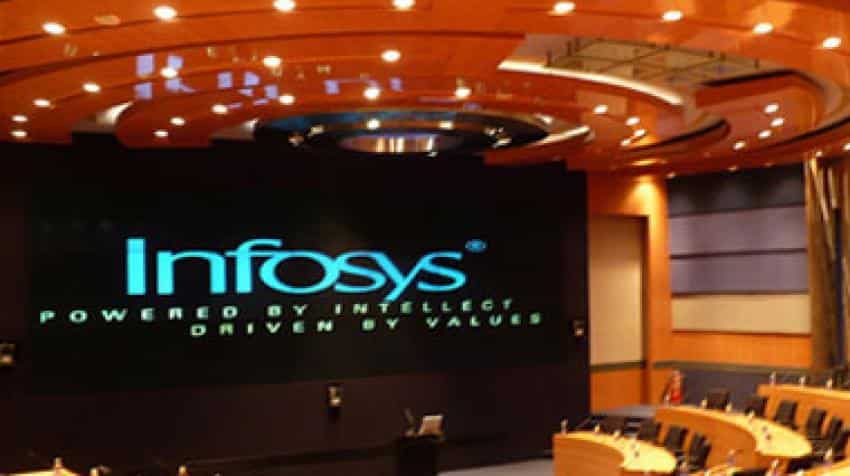 This is a story about a company whose initial public offering (IPO) may have received a lukewarm response. However, significantly, 25 years on, the stock has made many investors crorepati. How? Had you bought 100 shares by investing Rs 9500 in its IPO in 1993, you would have accumulated Rs 5 crore by now! The growth potential of this technology company is such that experts still see strong gains on the stock for those who buy into it.

The company is none other than Infosys, which made its debut on Dalal Street on June 14, 1993. One share bought at Rs 95 issue price has turned into 346 shares now. So, had you picked just one share at Rs 95, you would have been sitting on profits of a whopping Rs 4.9 lakh by now. This means a compound annual growth rate (CAGR) of 36 per cent over the last 25 years.

Ironically, the company's IPO remained 'barely subscribed' when it tested waters in the primary market. As was the norm then, Enam, the merchant banker and underwriters to the offer, came forward to the company's rescue. Vallabh Bhansali, co-founder & chairman, Enam group picked up the unsubscribed portion of the IPO. Over the years, Enam has made a fortune on its Infosys investment.

As Dalal Street wishes Happy Birthday to Infosys, global brokerage UBS Securities came out with a fresh report on Thursday maintaining a 'Buy'rating on the stock with a target price of Rs 1355 per share. The brokerage believes company's revenues are likely to be in line with guidance. It sees improved margin confidence as US hiring turned out to be less expensive than expected.

Goldman Sachs noted Infosys is trading at a sharp discount to TCS, despite having similar growth profile. The brokerage has a 'Buy' rating on the stock too.

The share price of the Bengaluru-based company has outperformed the market by surging 23 per cent so far in 2018. By comparison, the Sensex gained just 5 per cent.

"Infosys is back to life with the new and stable management. The company will return to growth trajectory with stable margins as rupee tailwinds will support future investments. We remain buyers in the stock. Robust capital allocation and buybacks provide support," said Amit Chandara, IT analyst at HDFC Securities.

So far in last 25 years, the company has offered bonus for seven times. The stock got split once in 1999.

The IT major was the first Indian company to bring in employee stock options (Esops). Many of its employees became dollar millionaires in all these years.

The company became a trendsetter in India voluntary adopting global governance standards such as producing quaterly earnings, innovative way of recognising employees through human resource valuation reporting, and its outreach to global investors by providing financial statements in GAAPs of seven countries in their own languages, V Balakrishnan, former chief financial officer at Infosys wrote in Livemint.