While Barclays forecasts the GDP expansion at 9.6% YoY in Q3CY21 (July-September or Q2 of fiscal year 2021-22) aided by a strong rebound in service sector, HDFC Bank estimated the July-September GDP growth at 7.8% y-o-y. SBI forecasts GDP growth for Q2 FY22 to be around 8.1% 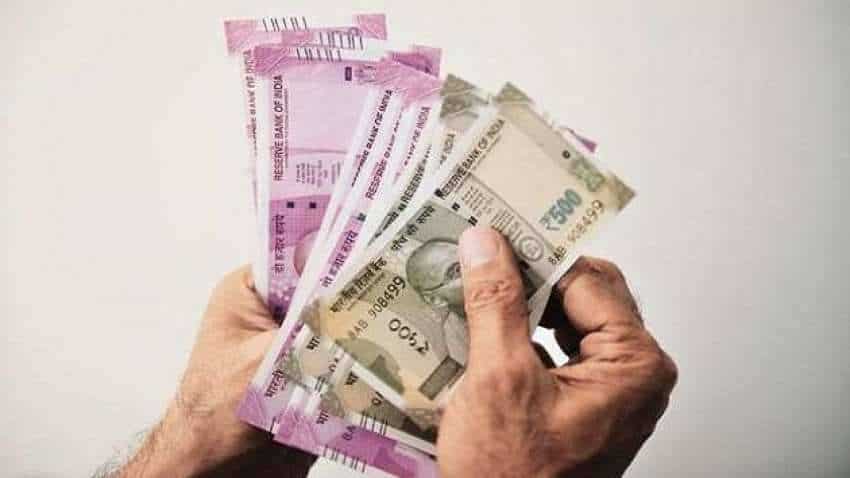 For the financial year 2021-22 (April-March), Barclays sees a double-digit growth in GDP at 10 per cent. Source: PTI

Indian economy is expected to record a Gross Domestic Product (GDP) growth between 7.8 per cent and 9.6 per cent for Q2FY22 (July-September), according to estimates by three banks.

For the financial year 2021-22 (April-March), Barclays sees a double-digit growth in GDP at 10 per cent. Meanwhile, SBI estimated the FY22 GDP growth rate is expected in the range of 9.3 per cent-9.6 per cent.

On a sequential basis, GDP is expected to rise by 9.75 per cent in Q2 FY22 versus a contraction of 16.9 per cent in Q1FY22, as economic activity gathered pace in the second quarter supported by pent up demand, a pickup in vaccination drive and easing of second wave related restrictions, HDFC Bank further said.

The Q3CY22 GDP expansion estimates are on the back of low base and a gradual reopening of contact-intensive services, the Barclays report said. Its slightly adjusted forecast (previous it was 9.9 per cent) indicates that the economy is still on track to grow in double digits for FY22, along with rapid growth in nominal activity given higher inflation as well.

"On a Gross Value Added (GVA) basis, we expect growth of 7.3% y-o-y. The gap between GDP and GVA is likely to be driven by higher tax revenue collection and lower subsidy pay-outs in this quarter," HDFC Bank report said.

Q2 GVA is estimated at 7.1 per cent the SBI report said. The upward revision is because of only 11 per cent increase in Covid cases during Q3 2021, second lowest among top 15 most affected countries, and the increase in cases has declined to 2.3 per cent in November 2021 over September 2021.

Despite a relatively uneven monsoon cycle, the impact on agricultural output is likely to be limited, it said. Consumer and business optimism is improving, leading to an uptick in job creation across sectors. Strong fiscal and monetary support, along with a rapid improvement in the pace of vaccination has helped nurture a swift economic recovery, Barclays report further said.

With evidence that the economic recovery is well entrenched, policy normalisation could be underway, the report said.

Mining, construction and electricity consumption will revert closer to their pre-COVID growth rates, while supply shortages and logistic bottlenecks are impacting manufacturing performance, the report said.

Semiconductor shortages have hit output, especially in sectors such as auto and ancillaries, while freight charges and supplier delivery times remain elevated. 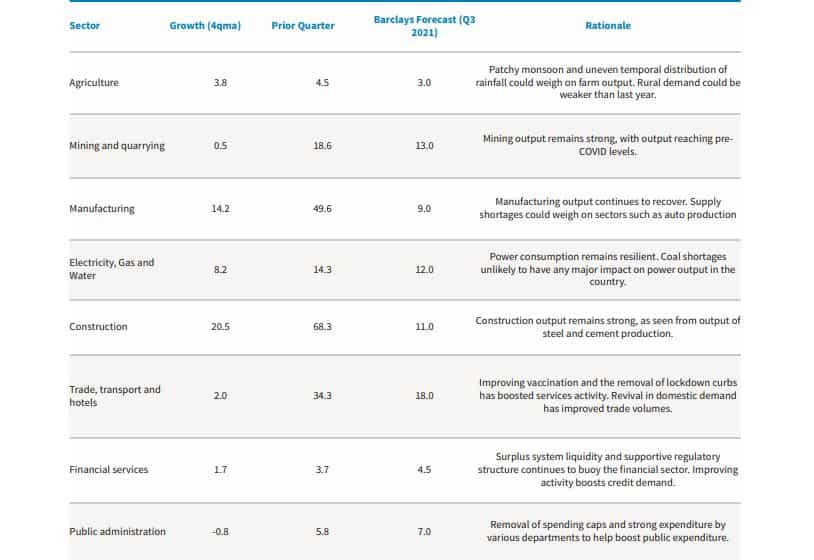 The Reserve Bank of India (RBI) has already begun withdrawal of extraordinary stimulus by shelving its bond-purchase programme and stepping up absorptions through the variable-rate reverse repo rate.

"We expect the RBI to increase the reverse repo rate by a token 20-25bp at the December policy meeting. However, an increase in the repo rate is likely to only take place in April, 2022," Barclays said in its report.