India's own Lehman crisis! The hard lesson from IL&FS and road ahead

IL&FS has stolen the limelight and it can be said there are similarities between this company and Lehman Brothers, which was central to the global financial crisis. 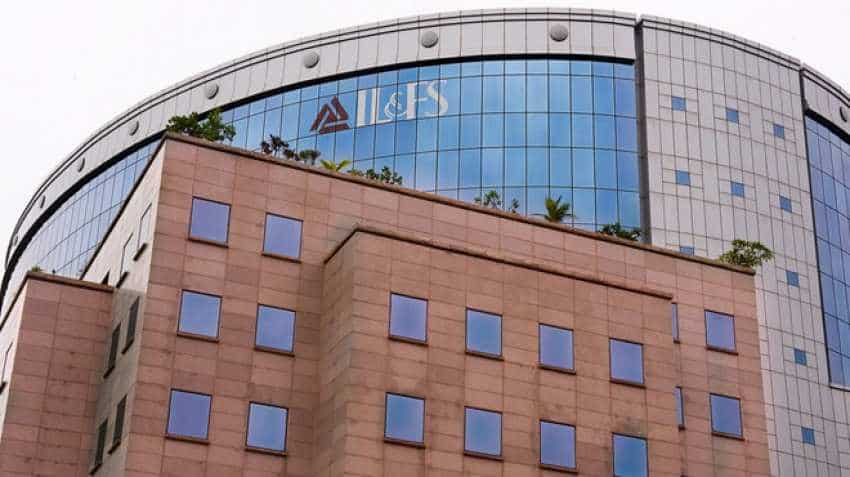 There’s a saying ‘a bad fish can spoil the whole pond’. This is very true when it comes to the world of markets. History has repeated itself on multiple occasions where one company can become contagious for trading and impact the whole market. It recalls the Great Depression of 1930s, a capital shortage when that hurt American Express Co. (AXP) in 1994, and the Long Term Capital Management collapse and Russian debt default of 1998, followed by Lehman Brother crisis in 2008. One thing they have in common in all these crises is the error of crass negligence of authorities to the upcoming tragedy. So is the current case of India and its market. They have their own Lehman Brother crisis on hands in the form of defaulter Mumbai-based Infrastructure Leasing & Financial Services (IL&FS).

IL&FS has stolen the limelight and it can be said that there are similarities between this company and Lehman Brothers. Both were shining in their days and ignoring their miscalculations in their businesses which have led them to doomsday.

The company is known for being involved in some of the largest projects in India. It has developed and financed projects worth Rs 1.8 trillion. Some major projects include, Chenani-Nashri tunnel -- India’s longest highway tunnel at 9 kilometers (5.6 miles). Not only this, the company is said to the pioneer of public private partnerships, with a portfolio of about 13,100 kilometers of roads.

Apart from this, IL&FS has some major shareholders on its boat. Life Insurance Corporation of India (LIC) holds about 25.3% of the company’s stake, followed by ORIX Corporation, Japan (a part of Mitsubishi Keiritsu) holding 23%. Whereas, IL & FS Employees welfare trust has 12% and Abu Dhabi investment authority holds 12.56% each. Then there are few known banks and NBFC like HDFC holding 9.02%, Central Bank of India having 7% and State Bank of India holding 6.42%.

In simple words, IL&FS has turned into a defaulter on few payments and failed to service its commercial papers on due date. In other words, IL&FS does not have any cash to fall back on in its repayment - it is in a horrible liquidity crunch. IL&FS has consolidated CP of Rs 5,751.9 crore as on March 2018.

On 10 September 2018, IL&FS defaulted on a repayment of Rs 1 billion to the Small Industries Development Bank of India (SIDBI, not rated). This came after a series of defaults starting on 28 August 2018, when ILFS Financial Services, one of its main subsidiaries, delayed repayment of some of its commercial paper obligations.

It first shocked the market by postponing $350 million bond issuance in March on the back of higher yield demand from investors.

The group’s other subsidiary IL&FS Financial Services revealed in first week of September that, they could not fulfil its commercial paper due of August 28, and had decided to make the settlement on August 31. With this, the financial services arm has $500 million of repayment obligations over the next six months, on opposite of just $27 million funds available.

ILFS Financial Services has since been barred from accessing the commercial paper market until February 2019.

Adding to their woes, there is a slowdown in infrastructure projects and disputes over contracts which has locked the company in Rs 90 billion of payments due from government which has just added more fuel to their problems.

Not only, the company has a huge chunk of debt which needs to be paid back in near-term, while the revenue from its assets are skewed for longer term.

Thereby, as per a Care Ratings agency, IL&FS and IL&FS Financial Services had a combined Rs 270 billion of debt rated as junk. While six of the group’s companies have faced downgrades and negative ratings on another Rs 120 billion of borrowings.

Why should Indian markets feel pressure?

Because IL&FS has defaulted on commercial paper, or short-term unsecured debt, investors are trapped in further losses. The CP which is key component of money-market mutual funds, gained popularity on the back  low bank deposit rates and persistent inflation.

Many rating agencies have marked down holdings of IL&FS debt - with IL&FS Financial Services stopped in issuing further CP.

Following this, banks, mutual and pension fund managers, insurers and individuals are tend for further losses.

What is concerning to investor is that IL&FS made loans to its own units, and defaulted on short-term borrowings known as inter-corporate deposits.

RBI and government are once again back to another challenge when it comes to tackle NPA crisis. This time RBI worries not only for bank but also for NBFCs and Housing Finance Companies (HFC).

Moody’s Investor Services said, “One particular asset challenge for banks in a potential ILFS default comes from the company's complex corporate structure, which could result in high variation of ultimate losses across banks depending on where the banks' specific exposures lie.”

ILFS has a complicated structure, with the holding company at the top owning stakes in its financial services arm as well as in multiple subsidiary companies that operate its infrastructure assets.

ILFS' infrastructure business is a root cause of its current distress.

The company is  a roads operator, and also has a few other transportation projects such as metro rail operations. Some of these projects have been affected by rising financial distress, including traffic shortfalls below projection, cost overruns and compensation disputes with regulators.

Moody’s said, “Banking system does have meaningful exposure to the overall roads sector. However, we believe that most of the weak exposures in this sector are already nonperforming loans (NPLs) in banks' books. Banks' exposure to ILFS's weak road projects may not have been recognized as NPLs so far on account of an expectation of parental support.”

Going ahead, another stress would be from IL&FS Transportation Networks Limited which has about Rs 6,783.6 crore debt from banks having commercial paper of Rs 8,544.5 crore as on March 2018.

Talking about IL&FS Transportation, Moody’s said, “the eventual losses suffered by creditor banks in a default scenario could vary significantly and depend on the particular assets lodged within specific subsidiaries.”

Overall, IL&FS has debt of Rs 57,485.3 crore. On being defaulted, IL&FS is the largest defaulter for banks, as till now Bhushan Steel whose insolvency resolution has resolved was seen has the highest wilful defaulter of Rs 44,478 crore as per RBI.

Elara Capital said, “Tight liquidity conditions at the holding company level and weak financial performance of key subsidiaries could lead to an eventual default status of some loans and require credit cost of Rs 450bn (at 50% in a two-year period) distributed among 25-30 banks, as per our calculations.”

According to Elara, regional & mid-size state-owned banks would witness significant impact in terms of likely erosion in net worth. Among private banks, Axis Bank and ICICI Bank have exposure in the range of 0.9-1.6% of net worth; YES bank has relatively higher exposures in group companies particularly in ITNL; its total exposures in group companies stood at ~7% of networth.

Aside from their direct loan exposure, Moody’s said, “banks are also vulnerable to an ILFS default through the potential impact on India's domestic debt markets.”

ILFS had outstanding debentures and CP, which accounted for 1% and 2%, respectively, of India's domestic corporate debt market as on March 2018.

Hence, it is breathtaking to see the junk in IL&FS, which recalls for India's own Lehman Brothers crisis.