If Border Tax Adjustment (BTA) brought into effect, there are some Indian sectors like IT services, Textiles, Healthcare and Auto that will be impacted as they might face higher competition from domestic US companies and see rise in cost of their products. 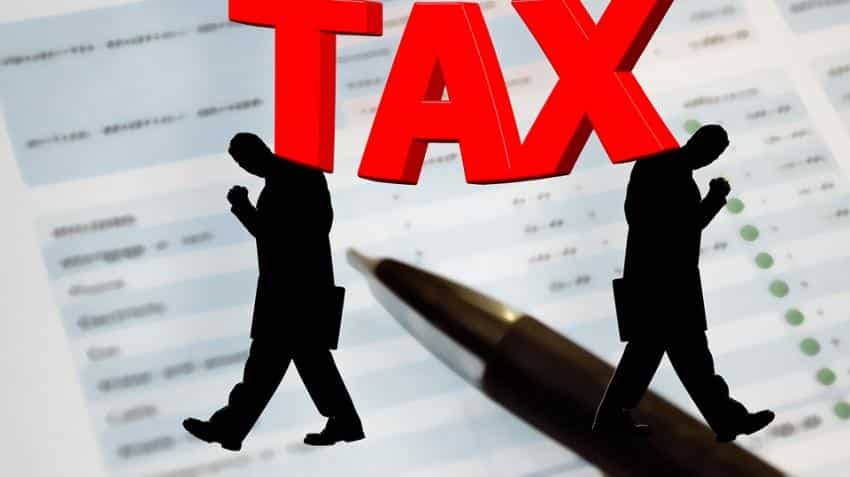 Analysts expects that such would not harm India's economy as it is insulated compared to other emerging countries. Photo: Pixabay
Written By: Pooja Jaiswar
RELATED NEWS

Coming true to his campaign promise, US president Donald Trump has threatened a 20% 'border tax' now in order to force companies to set up factories in USA.

On January 26, 2017, he proposed to levy tax of 20% on goods imported from Mexican borders. White House spokesman Sean Spicer said, “Trump has discussed the idea with congressional leaders and wants to include the measure in a comprehensive tax reform package.”

Intention is to make US exports more competitive and imports in to the US more expensive in a move to support US manufacturing/jobs.

Analysts expects that such would not harm India's economy as it is insulated compared to other emerging countries. 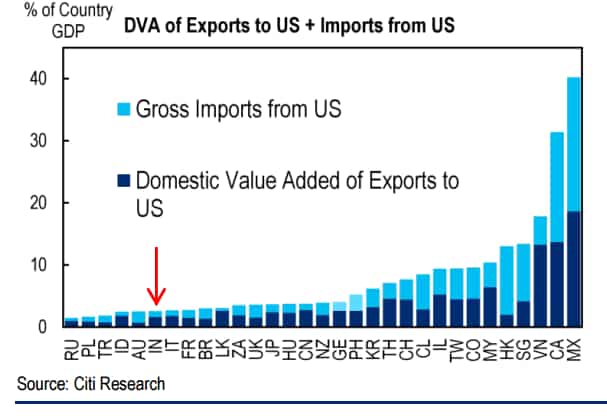 However, if brought into effect, there are some Indian sectors like IT services, Textiles, Healthcare and Auto that will be impacted as they might face higher competition from domestic US companies and see rise in cost of their products.

Majority of items that are exported from Indian borders to USA are— gems and jewellery, textile, pharma and capital goods and while the country's top import items from US are capital goods, commodities, gems and jewelry and chemicals.

Surendra Goyal and Vijit Jain analysts at Citi Research said, “This sector has potential negative impact as most work for US clients is done offshore. Given lot of focus on immigration reforms and border tax issue, clients may choose to delay decision making till clarity emerges.”

The duo added, “Form in which both immigration reform and border tax issue is implemented and timelines remain unclear, but we believe, directionally it is becoming more difficult for the sector. Meanwhile, as onsite costs continue to rise, we could see increasing adoption of offshore resources and automation – however, imposition of a BAT could alter the dynamics of such a response, particularly on the offshoring bit.”

Companies which have their revenues from US are – Infosys and HCL Technologies holding both 62% share each in US market. While US market contribute 55% revenue each to Wipro and TCS. Tech Mahindra has 48% of operations happening in US.

On pharma, Citi said, “At a broader level, policy vis-a-vis generic drug exports into the US would possibly take potential impact on generic prices in the US - given that over 22% of US generics drug supply is from India."

Piyush Nahar and Anurag Mantry analysts of Jefferies, while projecting Indian pharma's Q3 outlook said, “We expect another muted quarter for the pharma sector led by weakness in US business. USFDA inspections and pricing in US market will continue to dominate the results. Recent comments from global peers have indicated that pricing scenario will likely remain unchanged in 2017.”

Companies which have exposure of US revenues from non-US operations are -  Aurobindo accounting 47%, followed by Dr. Reddy’s with 46% and Lupin with 42%. Sun Pharma and Cadila Healthcare has exposure in the range of 40-42% each of US revenues.

Also because of higher local cost, domestic auto companies sees markets like US and Europe as growth areas.

Companies like Motherson Sumi accounts 8% of sales in US and Bharat Forge in between 25-30% of standalone revenues.  While Tata Motors - US accounts for c20% of JLR revenues and the cars are exported from UK.

Govindarajan Chellappa and Anurag Mantry  analysts at Jefferies said, "Whether these companies lose share or margins, have to incur costs in setting up local facilities or are able to just pass on higher costs will depend on the competitive scenario, but we see a cause for worry."

Although, border tax is aimed at Mexico, it is likely to have an impact on other countries their products to the US -- including India.