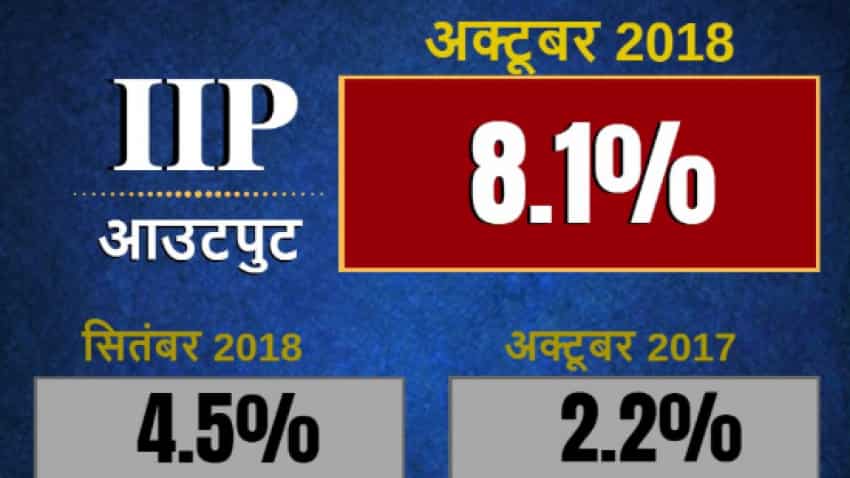 India's industrial output grew at an 11-month high of 8.1 per cent in October mainly on the back of mining, power and manufacturing sectors coupled with higher offtake of capital as well as consumer durable goods. Industrial production measured in terms of Index of Industrial Production (IIP) grew 1.8 per cent in October last year, as per official data released by the Central Statistics Office (CSO) Wednesday.

The previous high IIP growth rate was recorded in November last year at 8.5 per cent. The growth for September remained unchanged at 4.5 per cent compared to provisional data released last month. During the April-October period, industrial output grew 5.6 per cent as compared to 2.5 per cent in the same period of the previous fiscal.

In terms of industries, 21 out of 23 industry groups in the manufacturing sector have shown positive growth during October 2018. As per use-based classification, the growth rates in October 2018 over October 2017 are 6.0 per cent in primary goods, 1.8 per cent in intermediate goods and 8.7 per cent in infrastructure/construction goods. The consumer non-durables have recorded growth a 7.9 per cent growth.