If there was 6.9 percent growth, that would top China`s 6.8 percent annual pace for October-December. The last time India had a faster growth rate was in the final three months of 2016. 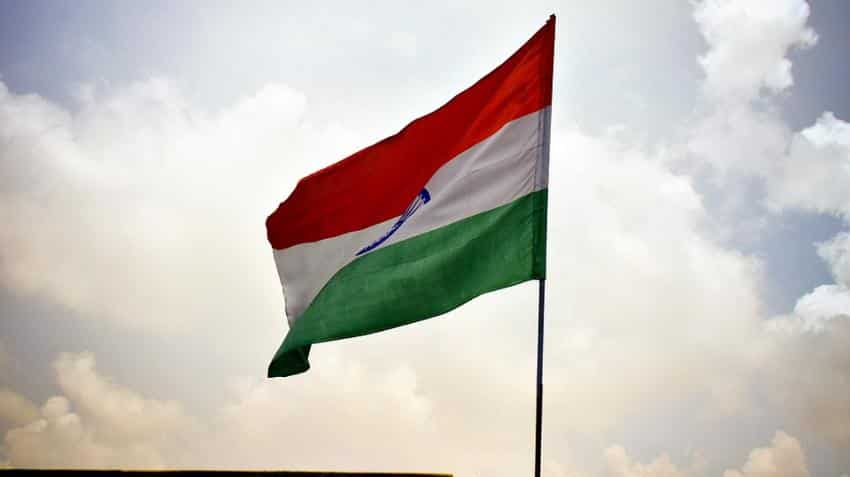 India`s investment rate fell close to 30 percent of GDP in 2017 from a peak of 40 percent in 2011. Image source: Pixabay
Written By: Reuters
RELATED NEWS

India might have regained the status of the world`s fastest-growing major economy in the October-December quarter, driven by higher government spending and a pick-up in manufacturing and services.

The median in a Reuters poll on annual growth in the December quarter was 6.9 percent, the best pace in 2017. Forecasts ranged from 6.4 percent to 7.3 percent.

The government will release GDP data on Wednesday around 1200 GMT.

If there was 6.9 percent growth, that would top China`s 6.8 percent annual pace for October-December. The last time India had a faster growth rate was in the final three months of 2016.

India`s expected improvement on its 6.3 percent growth in July-September comes as its manufacturing and services sector have been overcoming teething troubles rooted in the bumpy launch of a national sales tax in July.

"After muted activity until September, signs of a pick-up in economic growth are starting to appear," said Aditi Nayar, principal economist at ICRA, the India arm of rating agency Moody`s.

A strong gross domestic product reading could lift domestic shares, and boost the rupee, which has been Asia`s second weakest currency this year, losing about 1.6 percent against the dollar.

The GDP data could help Prime Minister Narendra Modi, who faces criticism over mounting bad loans of state banks and a $1.77 billion fraud at state lender Punjab National Bank , the biggest in the country`s banking history.

Last week, Modi told industrialists that his government, which got a "twin balance sheet" problem resulting from bad debt in banks and many businesses, was determined to put the economy back on a higher growth trajectory.

He has stepped up spending on infrastructure and welfare projects to boost growth ahead of national elections in 2019. This has widened the fiscal deficit for the current fiscal year, ending in March, to 3.5 percent of GDP, instead of the earlier projected 3.2 percent.

NASCENT RECOVERY
India jumped 30 places to break into the top 100 for the first time in World Bank`s Doing Business report 2018.

The International Monetary Fund forecasts India`s economic growth could reach 7.4 percent in 2018 and 7.8 percent in 2019, overtaking rates projected for China of 6.5 percent and 6.4 percent, respectively.

The world`s seventh largest economy, which grew at more than 9 percent a year from 2005 through 2008, is still far from firing on all cylinders. Domestic demand and private investment remain weak.

Urjit Patel, governor of the Reserve Bank of India (RBI), earlier this month said the economic recovery was at a nascent stage and called for a cautious approach. The central bank has kept its key rate unchanged since a 25 basis points cut in August.

New Delhi is worried that higher global crude oil prices pose a major risk to its efforts to regain growth momentum as this could hit domestic investment and push up consumer price inflation.