Gold was sold at a discount this week in India for the first time in a month as a rebound in local prices prompted jewellers to postpone purchases, while demand improved in top consumer China due to seasonal buying. 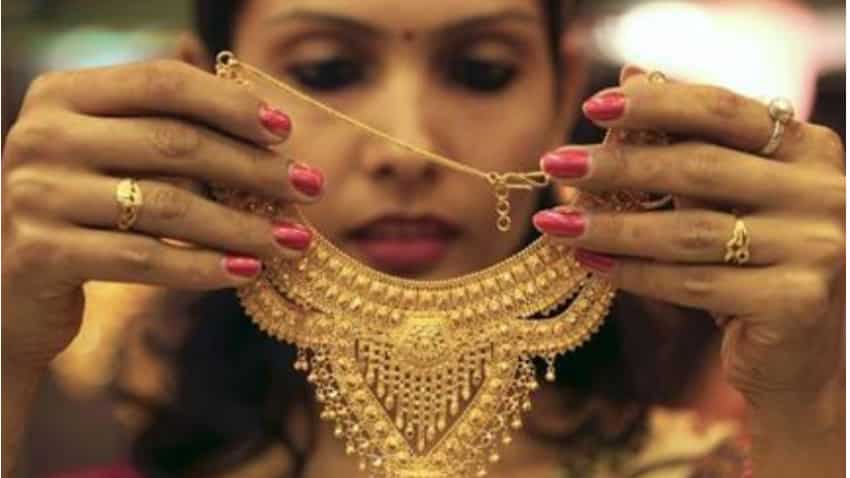 Gold was sold at a discount this week in India for the first time in a month as a rebound in local prices prompted jewellers to postpone purchases, while demand improved in top consumer China due to seasonal buying. "Jewellers are delaying purchases expecting a correction in prices. The sudden price rise surprised them," said Harshad Ajmera, the proprietor of JJ Gold House, a wholesaler in the eastern Indian city of Kolkata.

Local gold prices have risen nearly 3 percent so far this week following gains in the overseas market and on a depreciation in the rupee. "Jewellers are struggling to understand the price trend due to volatility in the rupee. They are making small purchases," said a Mumbai-based dealer with a private bullion-importing bank.

Dealers in India were offering a discount of up to $1.5 an ounce over official domestic prices this week, compared to a premium of $2 in the previous week. The domestic price includes a 10 percent import tax. Retail jewellery demand was moderate as buyers were making purchases for weddings, Ajmera said.

Gold is considered an essential part of weddings in India, the world`s second-biggest consumer after China, and it is a popular gift for special occasions. "Demand has been good in China and Hong Kong... Retail investors are buying gold because of the wedding and festive period," said Brian Lan, managing director at Singapore dealer GoldSilver Central.

Spot gold touched a near five-month peak at $1,244.32 an ounce on Thursday and was set to rise about 1.5 percent for the week.  In Japan, prices remained on par with the international benchmark for the 12th straight week. "Sentiment in gold is shrinking and if the price doesn`t change demand will decline," a Tokyo-based trader said.