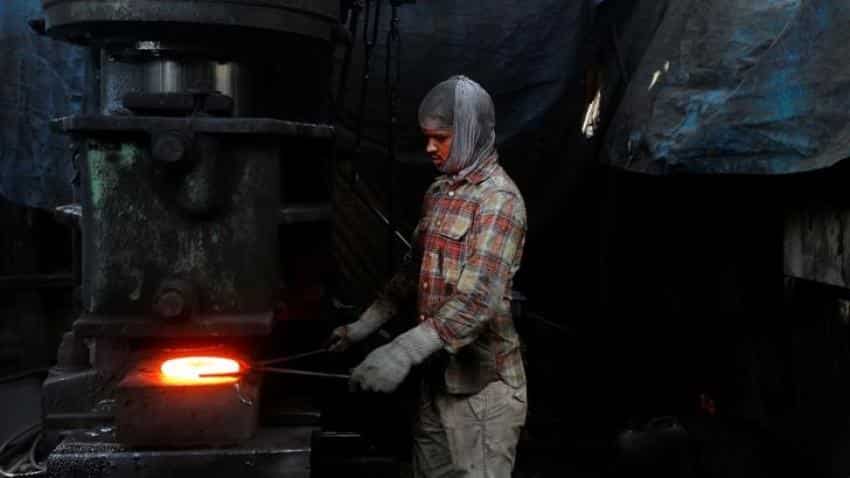 India will reclaim its position as the fastest growing major global economy this year, partly propelled by benefits from a new tax system and bolstered by an expected central bank interest rate cut, a Reuters poll showed.

Having been in the offing for close to two decades, the goods and services tax (GST), which the government touts as the biggest domestic tax reform since independence, was introduced on July 1 and has bolstered economists` outlook.

The new national tax will replace multiple cascading taxes levied by the central and state governments which economists in the poll were unanimous in saying would have either a positive or very positive effect on long-term GDP growth.

The median forecast from the poll of over 35 economists showed India`s economy is expected to expand 7.3 percent in the fiscal year ending March 2018, after slowing sharply at the start of 2017 following last year`s government move to scrap high-value banknotes.

While that is a downgrade from the previous poll`s forecast of 7.5 percent, it is better than the International Monetary Fund`s projection of 7.2 percent.

It is also stronger than a similar Reuters poll of economists predicting China will grow by 6.6 percent in calendar year 2017.

"The GST is likely to add one-two percentage points to GDP growth in the medium to long term with dismantling of tax barriers and by creating a unified market, further improving the competitiveness of exporters and in general, the ease of operating in India," said Tushar Arora, senior economist at HDFC Bank.

Indian shares are on the rise for the same reasons.

The NSE Nifty hit a record high on Monday. It has surged 20 percent so far this year and a separate recent Reuters poll showed the rally is expected continue over the remainder of the year.

Adding to the brighter outlook, monsoon rains this year are forecast to be above average - a boon for the farm sector that accounts for about 15 percent of India`s $2 trillion economy and employs more than half the country`s 1.3 billion people.

If the rains are good, that would lead to bumper grain production and a further slide in food prices which economists said could lend support to Asia`s third-largest economy.

India`s annual retail inflation eased to 1.54 percent in June, its slowest pace in more than five years, but is expected to begin rising again through to mid-2018.

With inflation currently well below its target, the central bank is expected to cut borrowing costs by 25 basis points (bps) at its next meeting on Aug. 2. It last cut rates, by the same amount, to 6.25 percent in October 2016.

Having changed its monetary policy stance to neutral from accommodative at the start of the year, the Reserve Bank of India (RBI) softened its position on policy in June in view of the sharp drop in retail inflation.

"We believe the RBI has space to undertake some modest easing over the next few months and yet meet its 4 percent target comfortably," noted Pranjul Bhandari, chief economist at HSBC Securities and Capital Markets.

After the expected cut in August, analysts believe the RBI will stand pat until at least the end of next year.

NEW RESTRICTIONS in Maharashtra from TOMORROW, CM Uddhav Thackeray says in his address to STATE, calls for Britain like LOCKDOWN