Indian textiles and garments industry would soon get its own country-specific apparel size: Smriti Irani

Irani said the central government, led by Prime Minister Narendra Modi, has  alloted  over Rs 1,800 crore in the last 4.5 years to Gujarat for  upgradation  of technology in the textile sector. 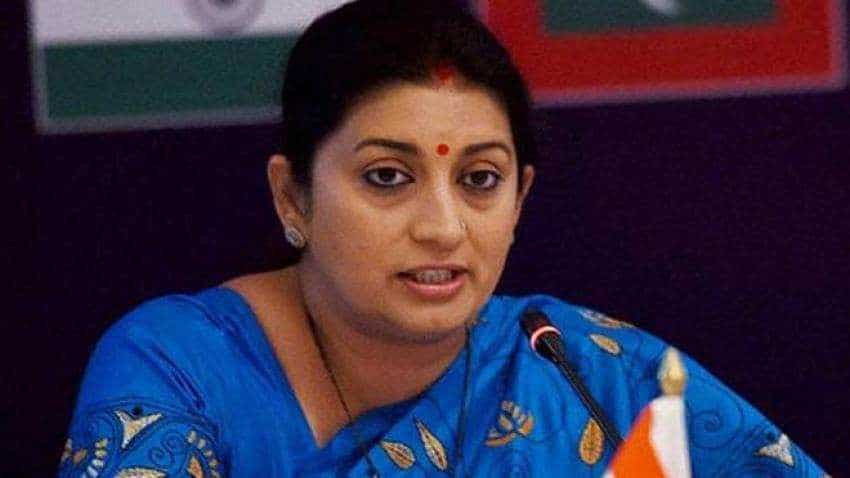 Addressing the 'Textile Conclave' at the Vibrant Gujarat Global Summit here, Irani said a study will be carried out before introducing the 'Size India' project for apparel measurement.

"In the apparel export segment, one of the biggest challenge is that the UK has its size, the US has its size, and Europe has its size of measurement. But, India does not have it (size of apparels, such as 42, 44 and XL)," she said.

"I hereby present the central government's resolve that 'Size India' project will soon be rolled out for the entire country, the first-of-its-kind project in the Indian history," she said, adding that a study will be undertaken for the project.

Irani said the central government, led by Prime Minister Narendra Modi, has alloted over Rs 1,800 crore in the last 4.5 years to Gujarat for upgradation of technology in the textile sector.

"Following this allocation, new investment of Rs 30,000 crore came in the state's textile industry," she said.

The minister also announced to carry out a study to gauge the domestic demand of the textiles market.

"Our country has a capacity to cater to huge demands, both domestic and overseas. But, never before in the history of our country was a study done to ascertain the strength and the magnitude of our domestic market," she said.

Irani said the Centre will soon embark upon a statistical study to actually categorise the domestic demand of the market "so that it becomes a base for the creation and strengthening of the industry".