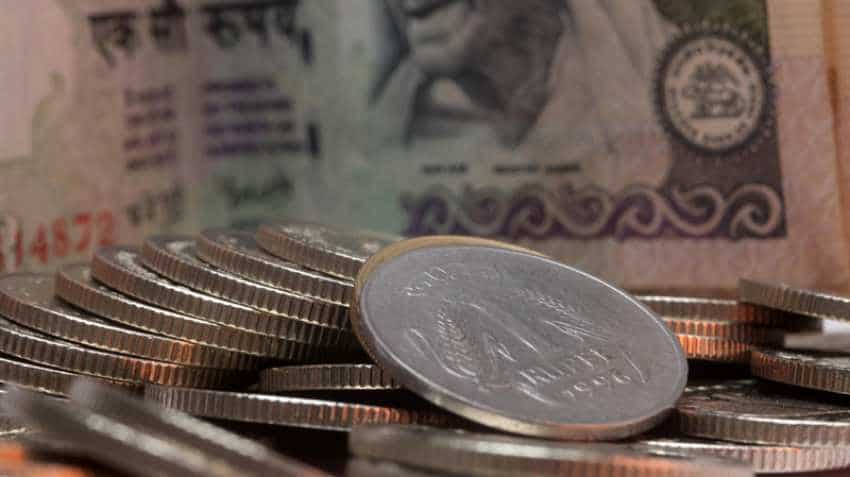 The rupee, which has weakened 14.82% this calendar year, opened at 73.26 against the dollar on Wednesday. Image source: Reuters
Written By: DNA Money Correspondent
RELATED NEWS

Reserve Bank of India (RBI) countered the rupee fall on Wednesday by allowing oil marketing companies (OMCs) to raise foreign loans to fund their working capital needs under the automatic route with immediate effect. With the rupee closing at Rs 73.34 against the dollar and Brent price touching $85 a barrel, RBI was forced to push the oil companies demand for dollars out of the market.

The rupee, which has weakened 14.82% this calendar year, opened at 73.26 against the dollar on Wednesday, lower than its previous close of Rs 72.91 and hit a new all-time low of Rs 73.41 during the day. By taking the oil marketing companies away from the market, RBI hopes to keep the demand for dollars under check.

“All state-run OMCs will now be able to raise external commercial borrowings (ECBs) for working capital purposes with a minimum average maturity of three to five years from all recognised lenders under the automatic route,” the central bank said in a late evening release.

The $750 million cap for individual state-run refiners has been waived off while the overall annual foreign currency borrowing under the new norms has been capped at $10 billion with immediate effect. Under the current regulations, the OMCs are allowed to raise ECBs from direct or indirect shareholders or group companies if the loan is for an average maturity of five years.

“This will allow the country to borrow foreign currency from the market via the oil companies,” Ananth Narayan, a currency expert and professor at SP Jain Institute of Management, said.

“In the short run, this should take away the demand for dollars and help strengthen the rupee. Of course, the oil companies will take on a substantial currency risk. While this is a good step to control the short-term sentiment and buy us time, we still need to address our core issues around the current account deficit,” Narayan said.

Conscious of the forex risk, RBI has asked the OMCs to have a Board approved forex mark-to-market procedure and prudent risk management policy, for such ECBs.

“The last time when RBI had opened a similar window in 2013 there was also a swap window of the central bank, but this time the Boards have to decide on the hedging mechanism. The rates in the overseas markets are also not soft, there is liquidity but it will come at a cost,” said Bhaskar Panda senior vice-president, treasury advisory group, HDFC Bank. The swap window subsidised some of the borrowing cost for the companies.

According to the provisional data from Securities and Exchange Board of India on the foreign inflows into equities show that investors  withdrew Rs 1,550 crore on a net basis from capital markets on Wednesday.

The dollar index improved by 1.2% to 1.3%, which led to the dollar appreciating against a host of Asian currencies and also to the euro and yen after news came in that US added a record number of jobs.

“The oil window will be a  great relief for the market,” Ritesh Bhansali, assistant vice-president, forex risk consulting, Mecklai Financial.

The dollar index improving and the foreign investors withdrawing money from Indian equities is creating a scarcity of dollars in the domestic market. “Foreign portfolio investors have withdrawn $3 billion from the Indian markets in September alone, which is putting tremendous pressure on the rupee. The escalating oil prices is another big dampener,” Bhansali said.