Indian rupee falls to all-time low; will it breach 70 vs dollar? Here is why it will not 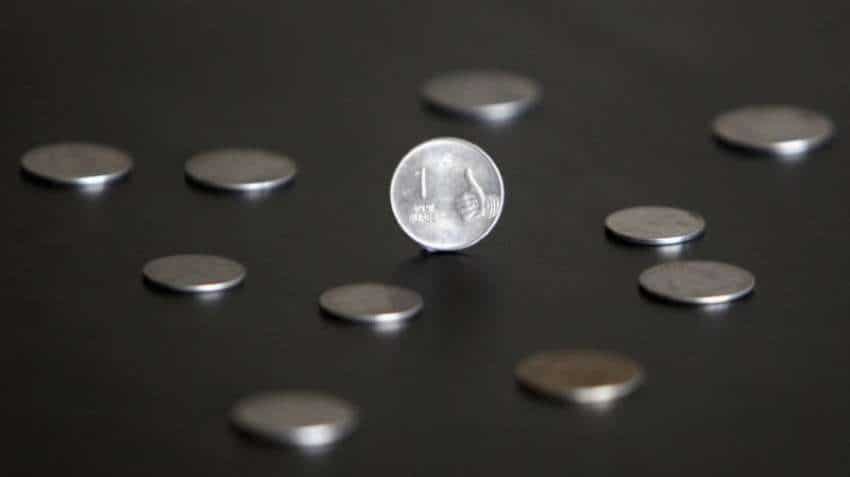 The Indian rupee depreciated by 44 paise to breach its crucial 69 level against US dollar for the first time ever. The heavy sell-off came on the back off stronger dollar and higher oil prices, leading to fears of wider current account deficit and foreign portfolio outflows.

On a year-to-date basis, the rupee has shed 8.1 per cent, the worst performer among Asian currencies.

Experts remain hopeful the Reserve Bank of India (RBI) would step in to prevent further losses in the currency.

“We expect the RBI may intervene aggressively around 68.80-68.85 levels to defend the currency. But if 68.86 level is taken out then we may see sharp depreciation in the rupee in coming sessions and it may move towards 70.00-70.50 levels immediately," said Rushabh Maru, Research Analyst, Anand Rathi Commodities after rupee closed at 19-month low in the previous session.

"Exporters are reluctant to hedge their exposure in the current market as the rupee is weakening every day. On the other hand, 68.00 levels is very good support for the USD-INR. We are seeing importers buying on every dip in the USDINR,” Maru said.

However, KN Dey, managing partner at forex advisory firm United Financial, begs to differ. He does acknowledge the fundamentals are against the rupee's strength, but those are not so bad that the currency breaches the crucial 70 mark, he said.

Dey believes weakness in rupee's value in Non Deliverable Forward (NDF) market has triggered the recent sell-off in rupee. NDF rupee contracts are traded in places like New York, Singapore and Dubai where traders and firms take positions in rupee-dollar to hedge their exposures, as well as make profits trading on different prices, also known as arbitrage. These contracts are called non-deliverable because no delivery of currencies is involved. The contracts are settled by paying the difference between the NDF and spot rates.

"The recent fall in the rupee is purely on account of its weakness in NDF market because oil prices or the dollar index have not shown any dramatic move that they put heavy selling pressure on the rupee," he said.