Haryana Chief Minister Manohar Lal Khattar has urged Railway Minister Piyush Goyal to sanction a stoppage point close to the 'Shri Mata Mansa Devi temple' near Panchkula saying it would greatly cater to the needs of lakhs of devotees. 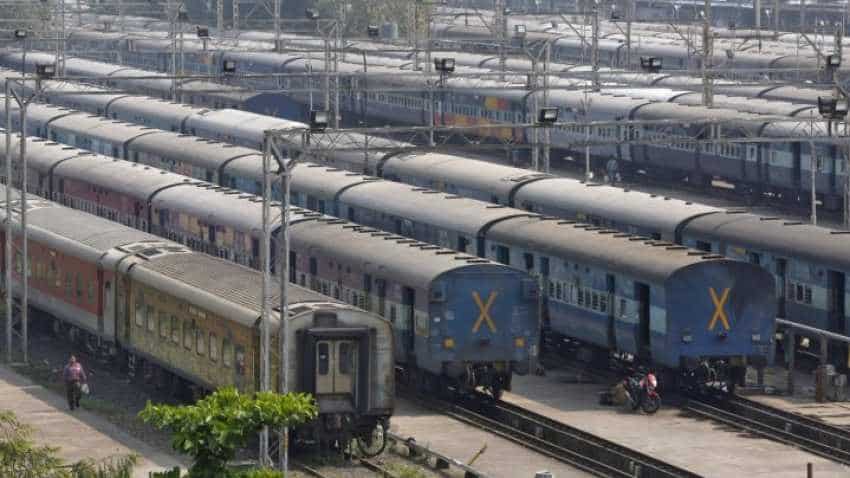 Haryana Chief Minister Manohar Lal Khattar has urged Railway Minister Piyush Goyal to sanction a stoppage point close to the 'Shri Mata Mansa Devi temple' near Panchkula saying it would greatly cater to the needs of lakhs of devotees.

Khattar assured all assistance including free land for the purpose.

In a written communication to the Union minister, he said the historic temple was being administered by the state government through a board that is headed by the chief minister.

Khattar said a railway line passed through the temple complex just behind the Gaushala area.

"The railway line being hardly 100 yards away, there has been a long pending demand for the construction of a small railway halt station at the Shri Mata Mansa Devi Mandir. The halt station would greatly cater to the need of lakhs of devotees from all over India," he added.

He said besides the devotees from nearby Haryana, Punjab, Himachal Pradesh, Chandigarh and Delhi, those from far flung area like Mumbai, Madhya Pradesh and Rajasthan also visit the historical temple.

Khattar said that while the Chandigarh railway station was about 6.5 km away from the temple, the halt station at Chandi Mandir was 7.5 km and Kalka railway station 22 km away.

Khattar, in an official release here Wednesday, said during the 'Navratras', seven to nine lakh people visit the temple. Even on other days a large number of devotees pay obeisance to the deity, Khattar mentioned.

In a separate communication to Union Finance Minister Arun Jaitley, Khattar asked him to consider reduction in the custom duty on mutilated rags used as industrial raw material in the interest of shoddy yarn manufacturers of the state.

Khattar said the custom duty was increased from five per cent to 20 per cent which had adversely impacted the shoddy yarn manufacturers.

He said that the consequent steep rise in the production cost had seriously threatened their economic viability.

While drawing the attention of the Union finance minister, the chief minister said there were over 200 units of shoddy yarn spinning and end spinning in Panipat, which consumed mutilated rags as an industrial raw material.

"They manufacture home furnishing products not only for exports but also for cheap quality blankets, durries, shawls, used mainly by the poor of our nation," added the chief minister.