Indian Railways Train 18 update: Objections raised! This state-of-the-art train to be modified - All you need to know 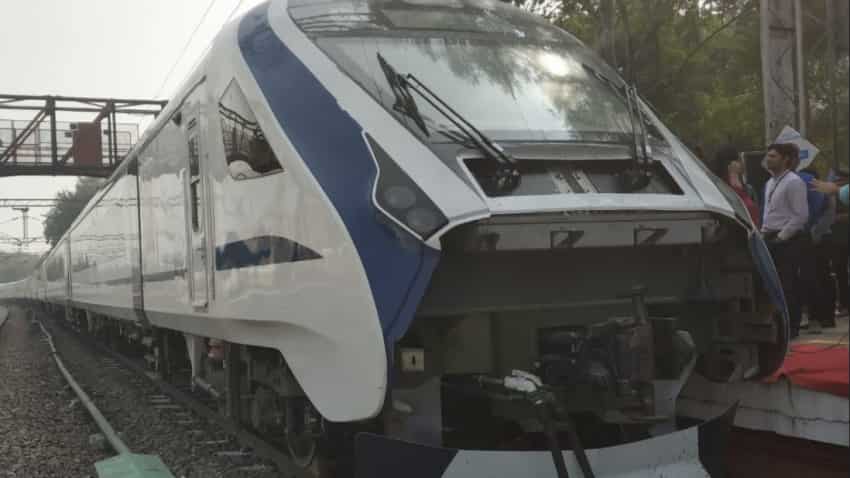 Indian Railways is considering using trolleys for catering or even reducing seating to accommodate catering services.

The Indian Railways is all set to modify the state-of-the-art Train 18 to include adequate space for catering facilities which is not sufficient in its present version, sources said Wednesday. The sources said that the railways' catering arm, the Indian Railway Catering and Tourism Corporation (IRCTC) has raised objections to the rake, saying they could not service passengers with the little space available on board.

The sources highlighted that during a meeting, it was pointed out that there was no place in the train to keep food which was to be served to passengers during the journey. "The train had less than one-third space available for us in Rajdhani. Even the tanks available for hit water is inadequate. However, this issue has been conveyed to the ICF (Integral Coach factory, Chennai) and they are already in the process of modifying the next rake," said a source from the IRCTC.

The sources also said that the space was so less that the only available place was near the bathrooms, passages or in the corridors, none of which was viable. The railways is considering using trolleys for catering or even reducing seating to accommodate catering services, they said.
The menu which will be available on the train has not been finalised yet, the sources said, adding that it is touted to be 'elaborate'.

"We are hoping that the railways will give us an opportunity to serve passengers different kinds of food, but it all depends on the tariff structure. Like the Gatiman train, which has a higher tariff and thus a better menu, once we get the go-ahead, we could do the same with the T18," said an IRCTC official.

Earlier, the chief commissioner railway safety gave the go-ahead to run the train at a maximum speed of 160 kmph, but 20 conditions have been imposed, including fencing along the tracks. For a maximum speed of 130 kmph, the CCRS has suggested fencing at vulnerable points to avoid any accident.

The gleaming, blue-nosed train comes fitted with amenities on a par with the best in the world -- on-board WiFi, GPS-based passenger information system, touch-free bio-vacuum toilets, LED lighting, mobile charging points, and a climate control system that adjusts the temperature according to occupancy and weather.

While the Ministry of Railways says the train could be operational "very soon", it is not been able to fix a particular date for the event which will have the prime minister flagging it off.