Railway Minister Piyush Goyal Saturday said as many as 5,000 unmanned railway crossings across the country had been removed in the last one year. 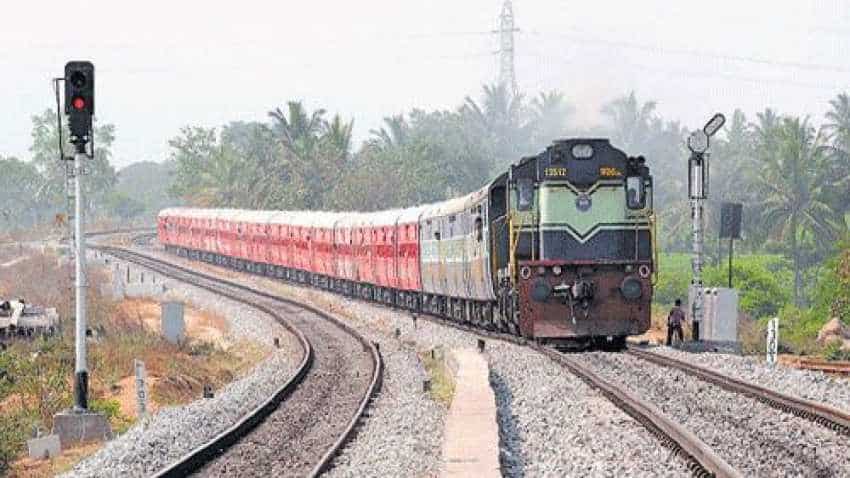 The National Rail and Transportation Institute (NRTI) in Vadodara is the third such university in the world after ones in Russia and China, officials said. Image source: PTI
Written By: PTI
RELATED NEWS

Railway Minister Piyush Goyal Saturday said as many as 5,000 unmanned railway crossings across the country had been removed in the last one year. Goyal was in Vadodara, along with the Gujarat Chief Minister Vijay Rupani, to dedicate to the nation its first railway university.

The National Rail and Transportation Institute (NRTI) in Vadodara is the third such university in the world after ones in Russia and China, officials said. Addressing a gathering Saturday evening, Goyal said he had raised the bar for Railway officials to achieve the target of removing unmanned crossings following Prime Minister Narendra Modi's resolve to finish the task in a time bound manner.

"One year ago, there were around 5,000 unmanned railway crossings in the country. Railways used to eliminate around 1,200 unmanned crossings every year by either deploying a guard or constructing overbridges or underpasses," he said. He claimed officials of his ministry were apprehensive when Modi set a target to remove 5,000 odd unmanned crossings in one year.

Goyal said that out of the 5,000 unmanned crossings eliminated in one year, 3,000 were removed in just six months between April and September. "Now, only 100-200 such crossings are left on our broad gauge network. They had not been removed yet because of technical problems," Goyal said, adding that they too would be removed soon.

He defended the proposed Mumbai-Ahmedabad bullet train project, saying the first fast train in India, the Rajdhani Express, also attracted criticism when it was proposed 50 years ago. "At the time, the Chairman Railway Board opposed that proposal. Now, when our PM talked about introducing bullet train here, some people opposed it. Even people who used to travel in such trains abroad opposed it, saying there is no need for such trains" he said.

Speaking about the rail university, Goyal said the government feels it will foster entrepreneurship and generate large scale employment opportunities. "The Railway Board has decided to give one week's training to all 13 lakh railway employees for updating their knowledge so that it can become the world's best railway network" he said.

A railway release said NRTI in Vadodara had opened its doors to the first batch of 103 students from 20 states in two fully-residential undergraduate courses in September this year. Two under-graduate programmes, B.Sc. In Transportation Technology and BBA programme in Transportation Management, has already started, it informed.

The university aims to start Masters programme from 2019-20 academic session in areas such as Transportation and Systems Design, Transport Systems Engineering, Transport Policy and Economics among others, said the release.