Indian Railways in 2018: A year of many firsts; less accidents, more achievements 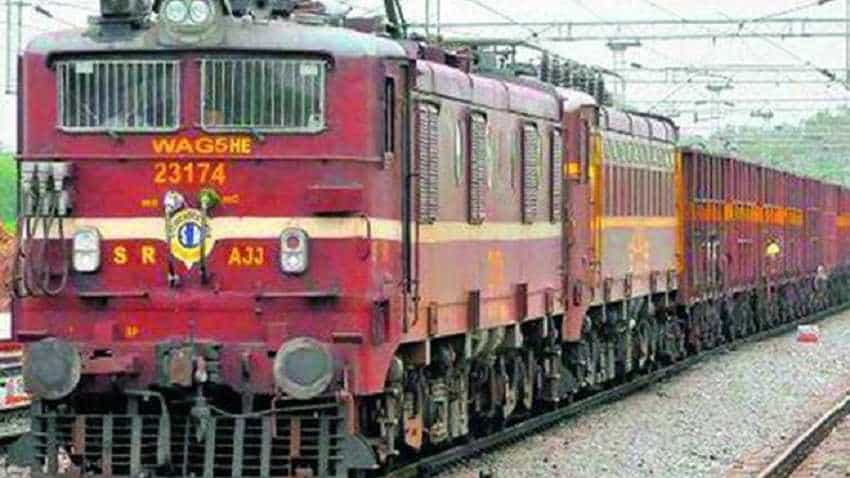 If the Indian Railways were to attempt a tagline for its achievements over this year, it would probably be "2018, a year of many firsts". For the railways, this year saw the national transporter manufacturing India's fastest train, rolling out its first air-conditioned local train, commissioning its longest bridge and converting a diesel locomotive into electric.

But, perhaps its biggest achievement was the lowest accident figures in the last three decades, with 45 incidents reported between April and December 15 in 2018. It was 54 during the same period last year.

However, train delays, bad quality of food, overcharging by caterers remained the pet peeves of passengers through the year. "Over the last four and a half years we have inculcated a new culture of implementing transformative reforms, setting ambitious targets and pushing the boundaries to give a green signal to growth," Railway Minister Piyush Goyal said.

While in 2017-2018, till March, there were 73 accidents, the first time the railways achieved a two digit figure, the figure between April and December 15 in 2018 was 45. Last year, during April-December, there were 54 accidents.

"Safety has been given the highest priority and this year saw the lowest ever rail accidents," Goyal said. Touted to be India's fastest train, Train 18 (T-18) manufactured by the Integral Coach Factory in Rae Bareilly, at a cost of around Rs 97 crore has touched a maximum speed of 180 kmph.

Its actual date of commissioning is yet to be finalised. T-18 will replace Shatabdi trains and will initially run from Delhi to Varanasi. However, with just 0.3 per cent of India's railway tracks, spread over 60,000 km, are fit to handle trains running at speeds of up to 160 kmph, according to an official assessment, only time will tell if such modern trains can actually run at full speed in the present network.

The railways, in another first, is set to come up with an elliptical 40-km track between Jaipur and Phulera at an investment of around Rs 4 billion to conduct trials of its semi-high speed and high speed trains.

Once this is complete, India will enter a league of countries, including the United States, Germany, China and Australia, that have dedicated tracks for train trials. "This year also saw the commissioning of the first state-of-the-art 12,000 HP electric locomotive to help power a green and clean railways.

The world's first ever conversion of a diesel locomotive into electric will further our aim to become the world's largest electrified rail network. "There has been unprecedented thrust on infrastructure creation, with the completion of the long delayed Bogibeel Bridge, India's longest road-cum-rail bridge connecting Assam and Arunachal Pradesh," Goyal said.

Asia's second longest bridge was commissioned in Assam by Prime Minister Narendra Modi on Christmas Day, 16 years after it had been inaugurated. The operationalisation of the bridge has cut down travel time between Tinsukia in Assam and Naharlegun in Arunachal Pradesh by around 10 hours.

In yet another first, the railways converted a diesel locomotive into an electric one - a feat delivered for the first time in the world - as part of its efforts to completely electrify the broad gauge network. The conversion has enhanced the power of the locomotive from 2,600 horsepower (HP) to 5,000 horsepower, and also saved the railways money.

The year will also be remembered as one in which the railways set up its first transport university-- the National Rail and Transportation Institute (NRTI), a university in Vadodara, Gujarat. This is the third in the world after Russia and China.

The university opened its doors to the first batch of 103 students from 20 states in two fully-residential undergraduate courses in September this year. "With the establishment of India's first Rail University in Vadodara, we have initiated an era of a skilled and talented 'New Railways', which places India's youth in the driving seat of progress," Goyal said.

He also highlighted how this year the railways conducted one of the largest recruitment drives to fill over 1.3 lakh positions to improve safety and services. Another feather in the railways' cap was the first air-conditioned local trains for the Mumbai suburban railways with automatic doors, thus cutting down on possibilities of commuters falling off trains.

More such trains are on the anvil for local travel. This was also the year in which all grievances were not just expressed on Twitter, but also on dedicated apps, with prompt replies and ready help. The railways managed to even mitigate some of the anger.

The railways came up with apps for almost every aspect of its pubic interface - ticketing, grievance redressal, food menu, tracking trains among others. From this year, real-time monitoring of base kitchens through CCTV camera was also introduced.

"From a revamped website to an app for booking unreserved tickets, ticketing was also modernised. Indian Railways is again becoming a symbol of modernity, which it had exemplified when the first steam engine chugged out of Boribunder," Minister Goyal said.

This year is just the start of many first and the railways is set to achieve many more firsts, he said.