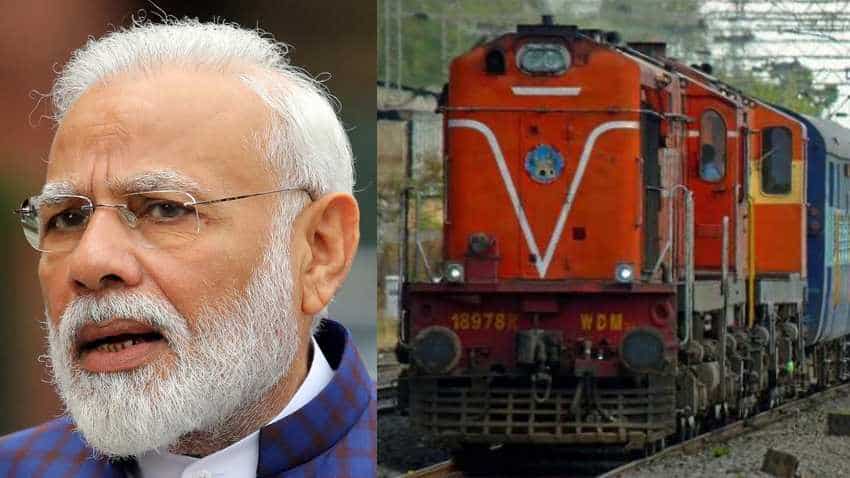 This latest move by Modi government is expected to end Indian Railways project delays. After the Union Cabinet approved the organisational restructuring of the railways through unification of the existing eight Group A services into one central service -- the Indian Railway Management Service (IRMS) -- ministry officials said the move was required because it delayed many projects.  "There were long delays which led to cost overruns, thus digging more into the pockets of the national transporter," said a senior Railway Ministry official, as per an IANS report.

The railways has various departments such as traffic, mechanical, electrical, signal and telecom, personnel, accounts and others, the official said, adding these departments were vertically separated from top to bottom and are headed by a Secretary-level officer in the Railway Board who are called the Members and it runs deep down to the grassroots level.

On Tuesday, after the Cabinet cleared the organisational restructuring, the ministry in a statement said that unification of services was earlier recommended by various committees for reforming the railways, including the Prakash Tandon Committee (1994), Rakesh Mohan Committee (2001), the Sam Pitroda Committee (2012) and the Bibek Debroy Committee (2015).

It also said that the modalities and unification of the services will be worked out by the Ministry of Railways in consultation with the Department of Personnel and Training with the approval of an alternative mechanism to be appointed by Cabinet in order to ensure fairness and transparency.

The process will be completed within a year, it said.

Recently, the Indian Railways had conducted speed trial -- up to 110 kmph -- of the new BOXNS wagons with the 25-tonne axle load on the newly built 193 km Western Dedicated Freight Corridor (DFC) on Friday. A senior Railway Ministry official said, the Research Design and Standards Organisation of the Railways conducted the trial on the Western DFC -- Phulera to Ateli.

During the trial, the train attained an average speed of 86 kmph. The official termed it a big breakthrough and said the railways had to wait for the last 40 years "ever since we got the Casnub bogie design for the freight wagons".