Indian house prices will barely rise this year as a slowing economy and a liquidity crisis keep buyers on the sidelines, according to a Reuters poll, which forecast prices would fall in Delhi, the national capital. 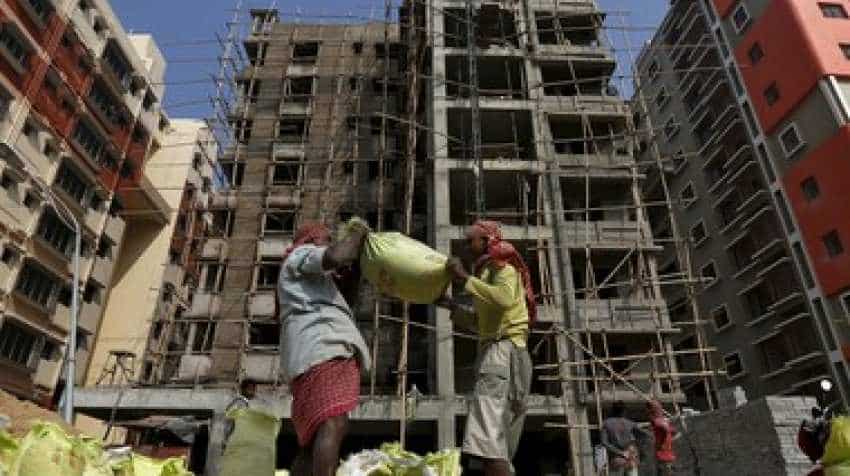 Indian house prices will barely rise this year as a slowing economy and a liquidity crisis keep buyers on the sidelines, according to a Reuters poll, which forecast prices would fall in Delhi, the national capital. With non-performing loans rising at major banks and financial institutions, bank lending - the main source of borrowing for developers and buyers - has dwindled, reining in a rampant property market.

After nearly tripling in the past decade and rising for many years at double-digit rates, house price gains have slowed over the past two years, according to Reuters calculations based on the Reserve Bank of India`s All-India House Price Index. National house prices are forecast to rise just 1.3 percent this year, according to the Feb 13-March 1 Reuters survey of nearly 20 property market experts. That`s down from 2.0 percent in the November poll and less than consumer price inflation.

The Bharatiya Janata Party government has introduced a host of incentives to shore up the real-estate market, but a majority of property analysts polled did not expect those measures to help anytime soon. "House prices will only see moderate changes because of the uncertainty surrounding the general elections, present liquidity crisis and relatively slower sales," said Anuj Puri, chairman at Anarock Property Consultants.

Next year, house prices are forecast to gain 2.5 percent. A majority of respondents said an economic slowdown and bad debts in banking and other financial institutions were the main downside risks to India`s housing market this year. To stimulate the economy by driving up consumption, the government last month announced a cut in the tax charged on sales of residential properties under construction. [nL3N20J06Z]But some property markets have struggled, and as the election approaches they are unlikely to benefit from the tax cut.

"It is no secret that in the past, funds parked by political parties in real estate were sucked out of the system to finance their campaigns – and the market is currently facing a serious liquidity crunch," Anarock`s Puri added. "The period leading up the upcoming election could prove to be stressful for the overall real estate market."

OVERVALUED
Ten of 17 analysts said the market was "overvalued" relative to economic fundamentals. "Most markets in India are overpriced. We Indians love to invest in real estate and the prices are largely driven by that same sentiment. But if you look at Mumbai and Delhi markets, it completely defies logic," said Aashish Agarwal, who leads consulting services in India at Colliers International.

Delhi and Mumbai were rated either "overvalued" or "extremely overvalued" by nearly all respondents. More than two-thirds of analysts who answered the question said average homes in Bengaluru and Chennai were "fairly priced".  Graphic: Feb housing poll https://tmsnrt.rs/2VBva1T

But not everyone was downbeat. Three of 17 respondents said house prices would rise 5 percent or more this year, citing lower interest rates, the recent tax cut and budget incentives to boost housing demand. "The steps announced by the government to support infrastructure creation, coupled with long-term positive impact of RERA (Real Estate Regulatory Authority) and GST, will pave the way for a stronger recovery of the residential sector," said Anshuman Magazine, chairman and CEO at CBRE.

"Affordable housing will continue to be a key opportunity as buyers will benefit from availability of low-cost home loans and lower GST rates."