Indian economy to more than double to $5 tn in few years: FM 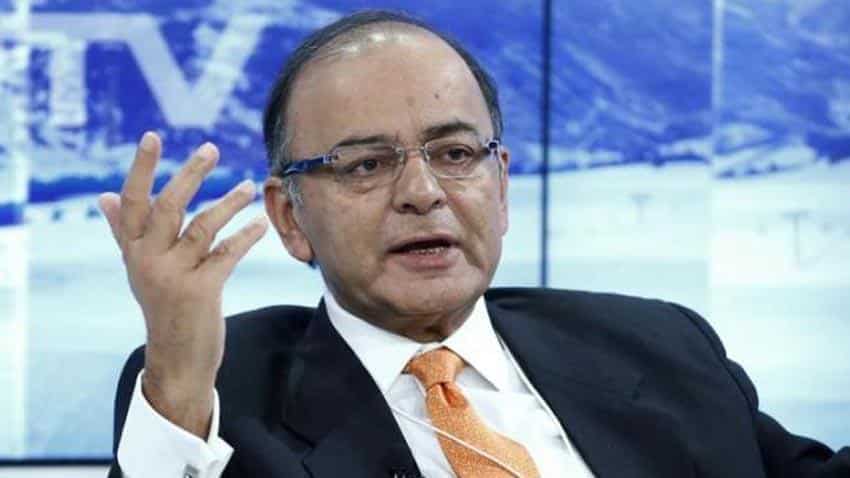 The Indian economy will be more than double to $5 trillion in a "matter of few years" as the government steps on its reforms agenda to accelerate growth, Finance Minister Arun Jaitley said on Thursday.

The reforms will not just help India retain the fastest growing large economy tag but also help it move towards becoming "a more developed economy", he said.

"With India's gross domestic product (GDP) poised to grow at a much faster pace, for every few years, we are going to add $1 trillion to our economy. We are currently $2 trillion economy. It's only a matter of few years that we will jump from $2 to 3 to 5 trillion which only indicates the kind of expansion which the economy is going to take place," he said.

Speaking at the India Investment Promotion Seminar organised by CII and DIPP, he said it is easier to grow when the world is growing at a faster pace.

"But when the global environment is unsupportive and at times obstructive, where shrinkage of trade is taking place, that is the real test because they say when the going is good everybody is at best. When the going is challenging then to defy the odds, and counter the trends is a real challenge," he said.

Stating that India has received the distinction of being the fastest growing economy in last two years when global growth was slow, he said trends have shown that consumer spending and urban demand have moved up and slowly rural demand also is struggling up.

"This, in turn, will have a spiral effect in coming years on India's private sector which also has been waiting for the opportune moment to become a little more aggressive," he said.

Earlier, delivering a lecture at the Osaka University, he said for India to realise its full potential for the next few decades, it needs to pursue its programme for economic growth more vigorously.

Notwithstanding an unsupportive global environment, India clocked a GDP growth of 7.9% in the January-March quarter and 7.6% for the entire 2015-16 fiscal on account of the government's pro-growth policies, he said.

Jaitley further said, "India will maintain this paramount position of the fastest growing economy in the world. And if we did that we can present ourself as a society which evolves from an emerging economy and moves towards a more developed economy."

"And we have a pipeline of reforms still left over the next few years to be implemented and notwithstanding global slowdown and two years of bad monsoon, we have reached a situation where we still have the highest growth rate in the world," he said.

On Future Outlook of Indian Economy

On the outlook ahead, Jaitley said he wasn't sure if the world growth would be supportive, but monsoon rainfall in India this year promises to be better and that itself will push growth.

Jaitley, who arrived in Osaka on the second-leg of his six-day investor-wooing trip to Japan, said he has seen enthusiasm during his visit and various pension and sovereign funds as well as investors are "very seriously looking at India as a possible destination".

"We offer them much better returns and hopefully a combination of these factors are increasing domestic demand," he said.

High growth and a movement towards a more developed economy will help India get rid of social inequalities that still exist, Jaitley added.

"And finally, we can prove to the world that democracy and the economic growth in a country, which historically suffered poverty, can co-exist. You can stabilise your democracy and you can economically grow...," he said.

To scale higher growth rates, the private sector, which has been "a little slow", needs to get into a greater momentum, he said.

The Finance Minister further said that if the world economy starts growing at 4-5% then India can clock over 9% growth.

"But today, we have a situation where the world growth itself has been downgraded to 3.9% and therefore, in this midst of a global slowdown, where the environment is completely unsupportive, to maintain very high growth rates with an unsupportive global environment is difficult."

"It is difficult because the economies across the world start shrinking, trade starts shrinking. No economy can say I have remained immune from that. Japan and Europe have felt the impact of that," he said.

India, he said, has opened up its markets and stepped up public investment including in the infrastructure space and is concentrating a lot on boosting expenditure to improve the quality of rural life.

Also, the government is making it easier to do business in the country.

"We are trying to rationalise the tax structure gradually. We are trying immune the banking system as well as rationalise subsidies. We have made permission granting and exit from businesses much easier," he added.

On Ease of Doing Business

Jaitley said India didn't rank very high on the 'Ease of Doing Business' index but a series of steps in last two years have pushed it up.

"In next few years, India will rapidly move up in the 'Ease of Doing Business' ranking," he said.

Stating that government has reformed direct taxes and is making tax structure simpler, he said the Goods and Services Tax (GST) will be converted into law very shortly.

"Depth of investment required in India's infrastructure is huge. India offers better returns to investment and hence India is better placed than other economies."

"Investors when they look at the possibility of investment outside they consider this. Investors are not philanthropist. India offers opportunities which any competent business man would look at," he said.

Stating that the government will not tax retrospectively, he said business look for stability and predictability.

"As a government, we have decided we are not going to change any law half way which takes investors by surprise. As a policy we will not rely on that," he said.

Talking about political history of India, Jaitley said India made the best choice by going for Parliamentary democracy that resulted in stable governments barring one or two instances.

Besides unity and sovereignty, competitive and cooperative federalism has been the strength of the country, he said.

Jaitley said democracy gets repeatedly tumbled in those countries where these three institutions lagged behind.

"Even though we had the second largest Muslim population, our population remained insulated from global trend," he said.

India, he said, had its own share of terror threats especially from the Left wing extremists. "...this should not be long before the system is able to tackle this," he said.