India still witnesses gender disparities against the backdrop of rapid economic growth even as the rate of violence against women remains high, says a new global gender index. 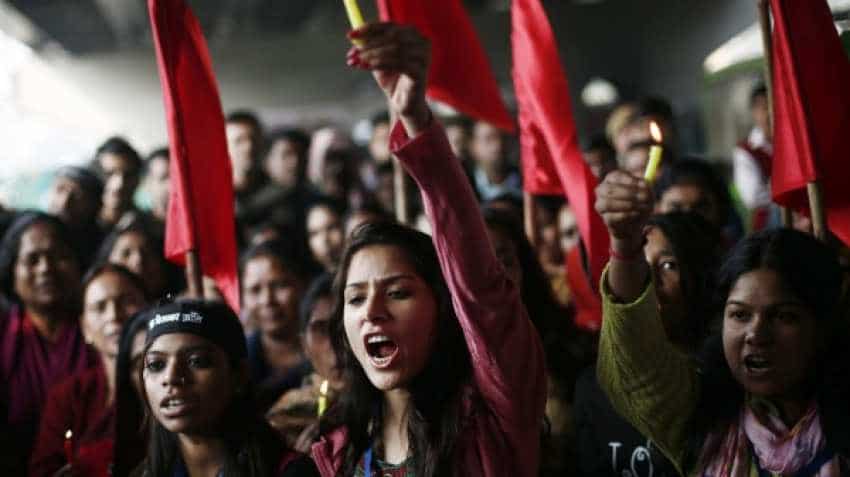 India still witnesses gender disparities against the backdrop of rapid economic growth even as the rate of violence against women remains high, says a new global gender index.

Under the index, reproductive health is measured using indicators such as maternal mortality ratio and adolescent birth rates; and empowerment is measured by the proportion of parliamentary seats occupied by women and the proportion of women aged 25 and above with at least some secondary education.

The report shows a mixed picture for India. According to the index, India is still witnessing gender disparities against the backdrop of rapid economic growth and the rate of violence against women remains high.

"India has lagged behind the other countries in nutrition. Rate of stunting among girls is the highest. Prevalence of anaemia among women is also the highest, with rates nearly double that of Colombia, El Salvador, Indonesia and Kenya," it said.

"With respect to SDG 5 on gender equality, India has the lowest percentage of women in its Parliament (in 2018)--just 12 per cent compared to 42 per cent in Senegal. It has the second highest percentage of child marriages, early and forced, before the age of 18," the index said.

Nearly half the Indian women reported that a husband is justified in hitting his wife, an indication of discriminatory social norms, the index said.

In terms of gender equality, India has the highest score on legal grounds for abortion along with Colombia. In SDG 17 (partnerships for goals), India registers a strong commitment to gender budgeting. The SDG Gender Index report added that in SDG 2 (hunger, food security and nutrition) India lagged behind other countries.