India vs China: Why arms imports have fallen among neighbours; where Pakistan stands

Despite the tensions in the region soaring to a new high, for the first time in almost a decade, India has slipped to number two in the list of world's top arms importers. 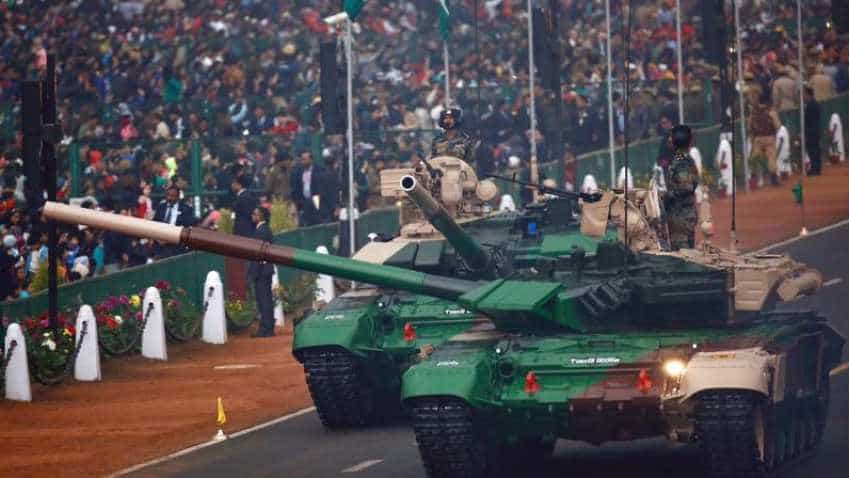 Arms import by India decreased by a massive 24 per cent between 2009–13 and 2014–18. Representational Image: PTI
Written By: Rajeev Kumar

Despite the tensions in the region soaring to a new high, for the first time in almost a decade, India has slipped to number two in the list of world's top arms importers. This list is now topped by Saudi Arabia, while India is followed by Egypt, Australia, Algeria and China in the top five. Interestingly, arms imports have fallen in neighbouring China and even Pakistan. According to a report by global thinktank Stockholm International Peace Research Institute (SIPRI), India's share in the world's total arms import between 2014-2018 was 9.5%, while Saudi Arabia accounted for 12%, Egypt 5.1%, Australia 4.6%, Algeria 4.4% and China 4.2% in the same period. The report reveals an interesting arms imports trend among India, China and Pakistan. Arms imports in all these countries have fallen in 2014-18 as compared with 2009-13. However, there are three different reasons at play behind the trend in the three countries respectively. Take a look:

Arms import by India decreased by a massive 24 per cent between 2009–13 and 2014–18. The SIPRI report blamed a part of this trend on "delays in deliveries of arms produced under licence from foreign suppliers, such as combat aircraft ordered from Russia in 2001 and submarines ordered from France in 2008."

The report says, "China remains reliant on imports for certain arms technologies such as engines for combat aircraft and large ships as well as long-range air and missile defence systems. Its own arms industry has yet to develop the technological capability to match Russian suppliers in these fields."

Wezeman attributed the drop in arms import by China to its success producing home-grown weaponry. "...Chinese arms imports decreased because China has been more successful in designing and producing its own modern weaponry," he said.

As the Arms import from the US has declined,  Pakistan has turned to other suppliers. "For example, in 2018 it ordered 4 frigates and 30 combat helicopters from Turkey," the report said.

For arms imports, Pakistan is now largely dependent on China. "Pakistan was the main recipient (37 per cent) in 2014–18, as it has been for all five-year periods since 1991," says the report.

Pakistan has been the largest importer of Chinese arms for all five year periods since 1991.