Kumar said reforms in India`s complicated labour laws will see the light of day as early as the next parliamentary session in July, when the government will place a new bill before the lower house for approval. It will aim to combine 44 central laws into four codes – wages, industrial relations, social security and welfare, and the fourth - occupational safety, health and working conditions. 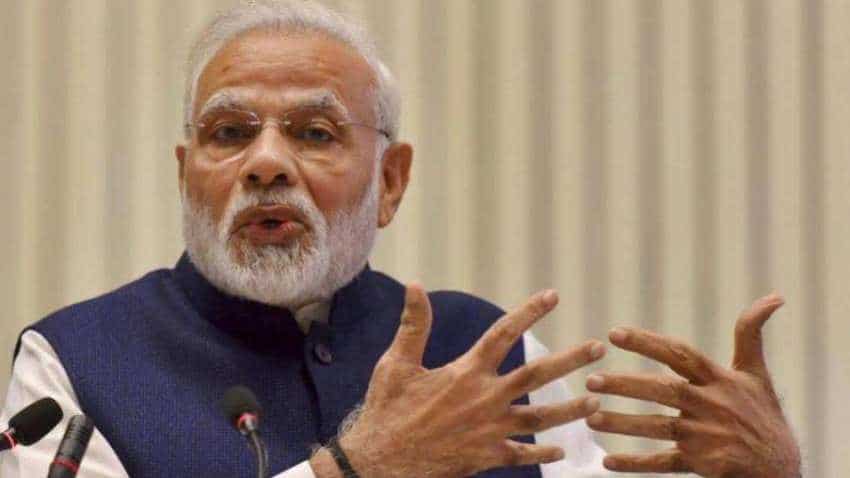 In the first 100 days of Prime Minister Narendra Modi`s second term, a slew of `big-bang` economic reforms that should please foreign investors are likely to be pursued, according to a top official at the government`s main think tank. The reforms will include changes in labour laws, privatisation moves, and creation of land banks for new industrial development, said Rajiv Kumar, vice chairman of NITI Aayog (National Institute for Transforming India), who reports directly to Modi. "They (foreign investors) will have reasons to be happy. You will see a slew of reforms I can assure you of that. We are going to pretty much hit the ground running," Kumar told Reuters in an interview.

Modi is chairman of the think tank. Modi and his Bharatiya Janata Party (BJP) were last week declared landslide winners of India`s general election with an increased majority in the Lok Sabha. He was sworn into office for his second term on Thursday night. Kumar was speaking before Modi on Thursday announced members of his new cabinet, though he hasn`t said who will get which portfolio. Several Indian media outlets say that BJP President Amit Shah will become the country`s new finance minister.

Niti Aayog, which now acts as the main centre for policy making and for driving new ideas, was founded four years back when Modi scrapped the 65-year old planning commission, saying that India was stifled with Soviet-style bureaucracy. Kumar said reforms in India`s complicated labour laws will see the light of day as early as the next parliamentary session in July, when the government will place a new bill before the lower house for approval. It will aim to combine 44 central laws into four codes – wages, industrial relations, social security and welfare, and the fourth - occupational safety, health and working conditions.

This should help companies avoid getting embroiled in a series of complicated disputes with their workers and officials that involve regulations set by authorities at different levels of government and can lead to long, drawn-out adjudication in various parts of the legal system. The government could also offer swathes of land to foreign investors from the land banks it plans to create from unutilised land controlled by public sector enterprises, Kumar said.

"What could be attempted is to build an inventory of government land that can then be offered to foreign investors," Kumar said. The land parcels could be designed as clusters catering to a specific set of investors or industrial sectors, Kumar said. Getting access to some of the large amounts of unutilised Indian government land would reduce major risks for foreign companies as there would be a lot less risk of legal challenges over ownership and development. A lot of the sites they have used in the past was previously farm land, opening them up to protests and court action by local communities over land rights, the environment and other issues.

Kumar said the government will focus on fully privatising or closing more than 42 state-controlled companies in the coming months. The government is even mulling lifting the foreign direct investment cap on Air India , the loss-making state-owned flagship carrier, to make it easier to sell. Kumar also said that it could create an autonomous holding company that would control all state-owned firms and wouldn`t be answerable to lots of different ministries. This would speed up decision making for asset sales, avoiding much of the central government`s bureaucracy.

India’s economic growth rate decelerated to a five-quarter low of 6.6% in the last three months of 2018, and is expected to fall further in the January-March quarter due to a sharp drop in consumption. The economy needs far faster growth if it is to generate enough jobs for the millions of young people entering the labour market each month. Kumar blamed the stressed balance sheet of banks and a crisis in the shadow lending industry for the recent drop in growth. He suggested the government should start with reforming the state-owned banking sector and also create more money for spending on infrastructure and new public housing through more and quicker privatisations and better tax collection.

"We should (start with the banks).. There will be big bang, there will be 100 days action. We are all geared for that ... I have maintained that the fiscal policy should be counter cyclical. There is scope for that."