India should brace itself for slowdown for some time: Ex-CEA Arvind Subramanian

With regard to the economy, he said, "we have to brace ourself for a slowdown for some time. I say that for a combination of reasons. First of all, the financial system is under stress, financial conditions are very tight. This is not conducive for rapid growth." 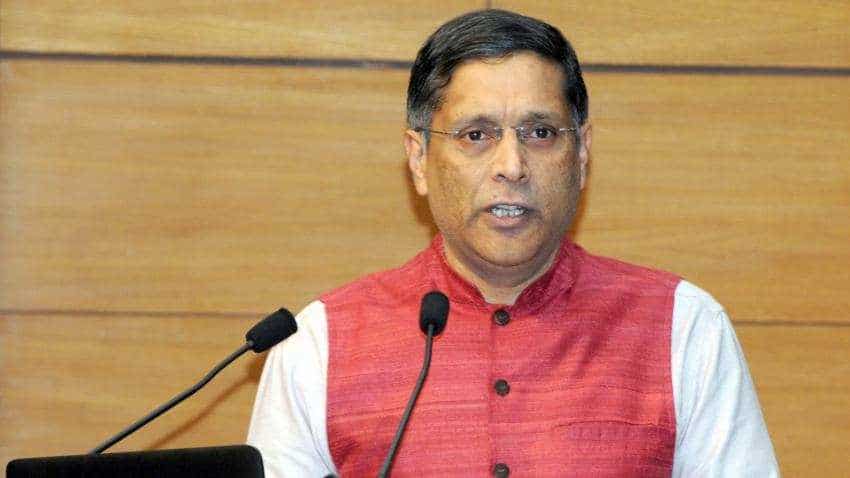 Arvind Subramanian said that the autonomy of the Reserve Bank of India (RBI) should not be undermined, Image source: IANS
Written By: PTI
RELATED NEWS

Former chief economic adviser Arvind Subramanian on Sunday warned the Indian economy was in for a slowdown for some time as agriculture and financial system were under stress.

Speaking at the release of his book, Of Counsel: The Challenges of the Modi-Jaitley Economy, he said both demonetisation and implementation of GST have resulted in moderation of the economy and the budget estimate of revenue collection from the Goods and Services Tax (GST) seems to be unreasonable.

"To judge the GST by what the budget demands of the GST, is unreasonable. I will say it frankly, the budget has made unreasonable demands on GST. It has asked for 16-17 per cent (increase)," he said.

He also said that GST design could have been much better and there should not be more than three rates going forward.

With regard to the economy, he said, "we have to brace ourself for a slowdown for some time. I say that for a combination of reasons. First of all, the financial system is under stress, financial conditions are very tight. This is not conducive for rapid growth."

The agriculture sector remains under stress, he said, adding international environment is getting much softer.

"Europe is slowing down, Japan is slowing down...There are political calenders. It is easier to do things at some moments than other moments. I think to expect huge reforms that will perk up the economy at this stage would be somewhat ambitious.

"For the combination of all these reasons I think we should brace ourselves for a period of slowdown. Then we have to see what policy actions are taken, how external environment changes, then we can think about real perk up in the economy," he said.

He also predicted that Universal Basic Income (UBI) would find space in the election manifestos of various parties next year.

"Every major party manifesto will have some kind of universal basic income in it. I think it will happen," he remarked.

Many chief ministers have liked this idea not for populist reasons but for good reasons, he said, adding the UBI will help plug leakages.

He, however, said, "If the Centre wants credit for this and it promises UBI on its own then fiscal space would be a serious issue."

Subramanian said that the autonomy of the Reserve Bank of India (RBI) should not be undermined.

However, he said there were excess reserves with the RBI which can be utilised for the recapitalisation of public sector banks and not for funding the fiscal deficit of the government.

"Second, it cannot be a unilateral process, the RBI has to be a part of this. The government cannot do it alone. Third, any idea that this could be used to finance regular deficits or other expenditures, I would be totally against it. Because that would amount to a kind of raiding the RBI," he said.

Speaking about the revised GDP data released by Niti Aayog recently, he said the new series has created a lot of questions.

"If you look at the other indicators during that period, you see a big difference between those indicators and the recent back-series. It demands an explanation."