India today made its first move to clamp down on big bank loan defaulters under a new law as the Enforcement Directorate (ED) moved court against liquor baron Vijay Mallya seeking to declare him a 'fugitive offender' and to confiscate his assets worth Rs 12,500 crore. 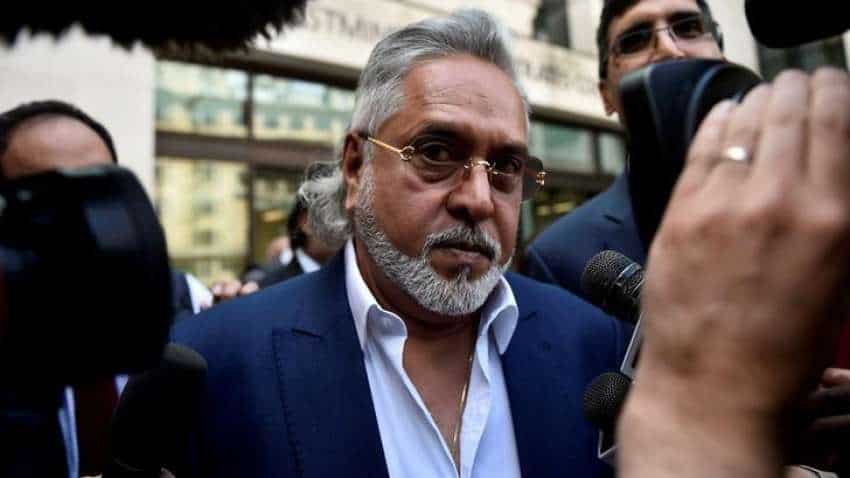 The agency said it has attached assets worth over Rs 8,040 crore of Mallya and others under the PMLA in the past. Image source: Reuters
Written By: PTI
RELATED NEWS

India today made its first move to clamp down on big bank loan defaulters under a new law as the Enforcement Directorate (ED) moved court against liquor baron Vijay Mallya seeking to declare him a 'fugitive offender' and to confiscate his assets worth Rs 12,500 crore.

Officials said the central probe agency filed an application before a special court in Mumbai, under the recently promulgated Fugitive Economic Offenders Ordinance, that empowers it to confiscate "all linked assets" of an absconding loan defaulter.

The application accessed by PTI said the ED seeks to "confiscate all the properties of Vijay Mallya including those properties indirectly controlled by him."

The action has been taken in pursuance of two bank loan money laundering cases of over Rs 9,000 crore involving the IDBI bank and a SBI-led consortium and these became predicate offences for the latest action under the Ordinance brought by the Modi government early this year.

The ED, in the application, furnished evidences that it filed as part of its two charge sheets against Mallya and others under the Prevention of Money Laundering Act (PMLA) and stated that in both cases, non-bailable warrants have been issued against Mallya by the court.

This is first case filed by the ED, empowered to execute this Ordinance in the country, and the agency will soon undertake the same action against absconding designer diamond jeweller Nirav Modi and his uncle Mehul Choksi, accused in the USD 2 billion PNB fraud case, apart from other such big bank loan defaulters, they said.

The government brought the fugitive ordinance as "there have been instances of economic offenders fleeing the jurisdiction of Indian courts, anticipating the commencement, or during the pendency, of criminal proceedings."

The agency charged in its application that Mallya "had no intention to repay the loans from the start and though he and Ms UBHL (United Breweries Holdings Limited) had substantial assets that were sufficient to repay the loans, they intentionally withheld the details from the banks."

It alleged that a "criminal conspiracy was hatched from inception" by Mallya and his firms to obtain loans in "gross violation" of established procedures.

"The investigation under PMLA also revealed several instances of diversion of funds at the behest and for the benefit of Mallya through Ms Kingfisher Airlines," it said.

The agency said it has attached assets worth over Rs 8,040 crore of Mallya and others under the PMLA in the past.

Two criminal complaints were filed by the ED in these instances after taking cognisance of CBI FIRs.

Mallya is contesting the money laundering charges in London as part of India's efforts to extradite him from there and face the legal system here in connection with an alleged loan default of over Rs 9,000 crore of various banks.

As per the existing process of law under the PMLA, the ED could confiscate the assets only after the trial in a case finishes which usually takes many years.

The Fugitive Economic Offenders Bill, 2018 was introduced in the Lok Sabha on March 12 but couldn't be taken up due to logjam in Parliament over different issues.

With Parliament being adjourned sine die, an ordinance was proposed.

The Union Cabinet on April 21 approved the ordinance and President Ram Nath Kovind gave his assent to promulgation of the same a day later.

"A Fugitive Economic Offender is a person against whom an arrest warrant has been issued in respect of a scheduled offence and who has left India so as to avoid criminal prosecution, or being abroad, refuses to return to India to face criminal prosecution," the government had said.

Cases of frauds, cheque dishonour or loan default of over Rs 100 crore would come under the ambit of this ordinance.

The ordinance offers necessary constitutional safeguards in terms of providing hearing to the person through counsel, allowing him time to file a reply, serving notice of summons to him, whether in India or abroad and appeal before the high court.